Who are you voting for? Teaching about the US elections in Belgium 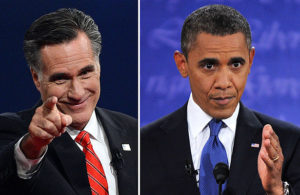