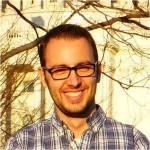 In this post, recent Ash Center Democracy Fellow Didier Caluwaerts reflects on the dynamic nature of public problems and political power and the challenges this “migration” creates in democratic societies. He also proposes possible solutions, including deliberative democracy models like the G1000 Citizens’ Summit Caluwaerts organized in a divided Belgium in 2011. This post is part of an occasional series, Frontiers of Democracy Research, highlighting the research of faculty, fellows, and affiliates of the Ash Center, whose work explores innovations in public participation and substantive challenges to democratic governance. With the spirit and understanding that the chief driver in democracy is demos, or “We the People,” this series takes discussions out of the realm of academia and into the public realm. As with all our posts, we look forward to your comments. By Didier Caluwaerts Most would agree that democracy is increasingly being put to the test. Experts differ, however, in their diagnoses of what ails democracy. I have come to believe that traditional democratic institutions are increasingly emptied of their political power because democracies are transforming in radical ways along three mutually reinforcing axes: scale, participation, and time. I call this the “great migration of political power” to which democratic institutions need to adapt to succeed. Democratic Transformations in 3-D The first challenge to democracy relates to the scale dimension. Many social, economic and ecological problems have become too large for any one nation to handle. The traditional nation states with their local focus can no longer cope with the pressures for supranational cooperation and the subsequent demands for subnational recognition. The scale problem is about more than the mere logistical ability to organize democracy at a large scale. The essential question is: how do we find common ground where there were/are deep conflicts of identity and (sub)national interests? The challenge then is to reconcile the need for making overarching decisions with the need for including citizens and respecting local communities. 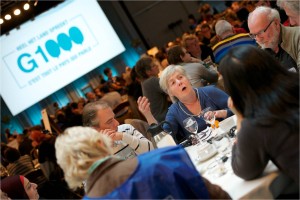 The second challenge concerns the participatory dimension. Elections are generally considered the pivotal moments in any political system, but the electoral model of democracy has come under increasing scrutiny. The perceived lack of legitimacy that contemporary democracies face calls for a more egalitarian, and less elitist, model of politics. Moreover, with the ever-growing influence of money on politics, Main Street and Wall Street have been fighting to control government—a struggle made especially public since the start of the financial crisis, but one that Wall Street appears to be winning. The third challenge to democracy involves the time dimension. Modern democracies face many problems that require a long-term approach. Issues such as global warming and the financial crisis have implications that supersede the immediate political situation, but democracies with their short electoral cycles are notoriously inept at making decisions that affect the long term. Policies need to take account of the longer term, if democracy hopes to survive in the longer term.

Governing becomes exponentially more difficult because democracies are simultaneously moving along all three dimensions. In this figure, the political infrastructure in most democratic systems is still situated in the local/elite/short-term corner. But societal problems and public policies are increasingly located in the global/citizen/long-term space. This migration of political power is thus causing an ever-growing split between an institutional reality embedded in the traditional notion of the nation-state, and societal demands for policies that go beyond the political immediacy of the here and now. Prognosis Positive It is one thing to diagnose democracy’s problems, yet quite another to actually propose a cure. Over the last three years, I have participated in and observed over 15 citizens’ forums and participatory budgeting initiatives. These experiences have made me a passionate advocate of citizen empowerment through deliberative democracy. They have also shown me the wisdom of the crowd and the resilience of democracy even under the harshest of situations. This deliberative model of democracy claims that the quality of democratic decision-making is determined by an extensive public debate about political decisions before voting on them. Discussion between citizens on political issues is considered the core of a vibrant democracy, and by exchanging arguments and by discussing their opinions, citizens ideally come to identify good arguments and reject bad ones. An inclusive, respectful, rational and open discussion on political issues will therefore lead to better public decisions. However appealing this ideal of democracy as a rational conversation may be, deliberation sometimes faces severe challenges. Sometimes political discussion can ignite public passions beyond what a democracy can cope with. My home country, Belgium, is often called a Siamese twin joined at the head—it is deeply divided along ethno-linguistic lines that are slowly growing apart. Because there is little or no communication across linguistic boundaries, most students of Belgian politics would argue that it is one of the most hostile places for deliberative democracy. The divisive politics recently reached a record low in 2011 when it took political parties more than 540 days to form a new government, shamefully dethroning Iraq as the previous world record holder. It was in this climate of political struggle that I co-organized a citizens’ summit which brought together 700+ citizens to debate the future of the country. While reactions to the initiative ranged from nationalist hate mail to shows of popular support, in the end the results of the experiment ignited pleasant surprise and, we believe, instilled hope. 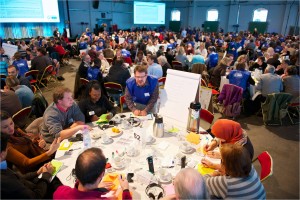 Contrary to what most scholars of ethnic conflict suspected, citizens from both linguistic groups were able to sit together and talk things through, setting aside their own sub-national interests and particular viewpoints. The potential for reconciliation between opposed interest groups offers hope for the organization of democracy at a supranational level where national interests and identities collide (the scale dimension). Moreover, the proposals formulated by our G1000 summit were taken seriously by the political elites, and they are slowly trickling up from the citizens to the formal decision-making structures. It showed that citizens can make hard choices and that citizen involvement can improve the quality of democratic decision-making (the participatory dimension). And finally, sitting together and talking led citizens to adopt a more long term perspective on issues such as the future of Belgium, retirement, and more (the time dimension).

More recently I have studied opportunities for deliberative democracy in high conflict societies—and how to improve opportunities to find common ground in deeply divided societies. In Democratic Deliberation in Deeply Divided Societies: From Conflict to Common Ground (Palgrave, 2014), Juan Ugarriza and I co-edited a collection of case studies that found deliberative practices already part of the political culture in many divided societies—from Ukraine and Nigeria to Iran and Northern Ireland—and that political stability is not threatened by increasing citizen participation. The Promise of Democratic Pluralism Despite these promising findings, the jury is still out on whether deliberation is the answer to democracy’s ailments. Certainly a number of gardens of democracy are flourishing despite all contrary indications. Innovation is deeply embedded in the DNA of any democracy, and governing is a continuous process of natural selection between competing political practices. Let a thousand flowers bloom, therefore, seems to be a healthy creed for democracies in the future. For sure it is a valuable lesson I am taking with me. Didier Caluwaerts is a Fulbright Frank Boas Fellow and recent Democracy Fellow at the Ash Center for Democratic Governance and Innovation. His research focuses on democratic and social innovation in deeply divided societies. ]]>