Fulbright. Taking you places you've never heard of, and will never forget. 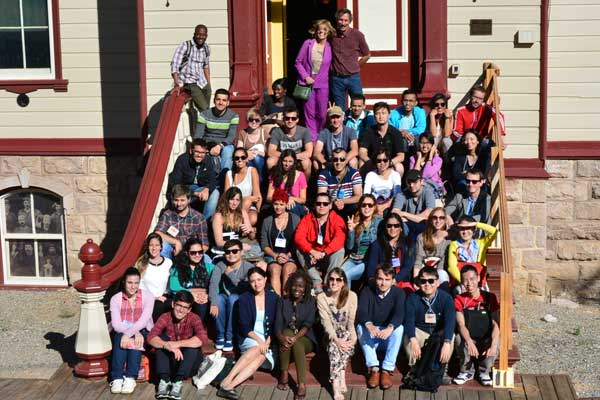 “You’ve been invited to a Fulbright gateway course in Reno, Nevada”. Most of my friends’ response: “Reno, where?” I, on the other hand, have always wanted to go to Reno, since I have a penchant for the more off-beat, less well known Americana. Reno is like Las Vegas’ less famous little brother, sort of the Donnie Wahlberg of Nevada. Talented enough, just lagging behind a little in looks and success. The real surprise however, was Virginia City. Located in the Nevada desert outside of Reno, this town used to be the richest city in the world, courtesy of a set of billion-dollar gold and silver mines, back in the 1850’s. Once the gold dried up though, the town lost its shine, and at one point the population dropped to 7. That’s right, single digit. The cool thing about this, is that the city hasn’t really changed. Step onto C Street in Virginia City, and you’re stepping back in time. Minus the tourists of course. There were in fact many Asians in the area in those days, in fact they pretty much built the West, but the Nikon cameras are definitely new. And this brings me to my point. Many Europeans will claim that America doesn’t really have any history. They’re wrong. Sure, most physical pieces of history aren’t as old. And yes, many buildings are made to look a lot older than they really are. That doesn’t mean there’s no history though, because there’s plenty. It’s just different, and in many cases, it’s more pure and it is carried, protected and lived by the community. Virginia City was and is kept alive by its community of about a thousand residents; they’re the ones preserving the city’s authenticity, while providing the basic services a population needs, in order to prevent their home from becoming a ghost town. So, Europeans, come here, leave the preconceptions at home, and don’t be afraid to go visit the Donnie Wahlbergs and Kevin Dillons of America, there’s likely to be a gem of an experience waiting for you to live it. – Frederic Helsen Disclaimer: Obviously, the views and opinions in this text are my own and do not represent Fulbright. I doubt Fulbright even has an official opinion on Donnie Wahlberg. ]]>