10 reasons to do a Fulbright in Belgium! 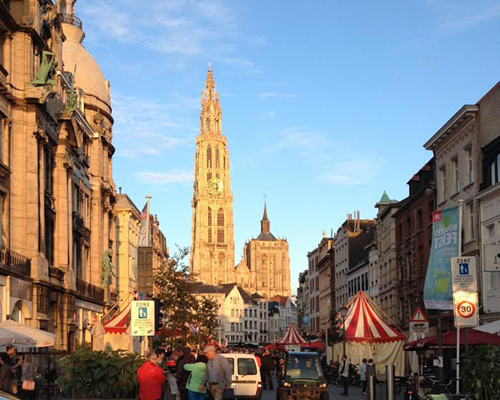 1. “Gorgeous cities with more sunlight than their reputation!” — Abigail 2. “The diversity. Belgium is a mix of Flemish, French, German and other cultures and you can hear train conductors switch between these languages effortlessly in a single forty-minute train ride. And immigrant communities including Moroccans and Turks abound.” — Myles 3. “The history. For such a small country, Belgium has played a remarkably important role in countless European conflicts, and today, with EU headquarters in Brussels, Belgium has become the “capital” of Europe. It’s an exciting place to explore millennia of richness and witness new history in the making.” — Nathan 4. “Belgium, and especially Brussels, is more unique than I could have imagined. The common values of success, tradition, art and governance make it on one hand surreal and on the other a triumphant place. The merge of different beliefs enables innovation and great community.” — Blaise 5. “The people of Belgium are as warm as their weather is rainy. During my time in Belgium I met so many generous, helpful, down-to-earth individuals, as well as many lifelong friends!” — Nathan 6. “Exclusive events, like the American club of Brussels gala to celebrate the 69th anniversary of the start of the Battle of the Bulge. This was the first time that the club invited a German ambassador to attend an event to celebrate the ending of a war in which Germany was a former foe. German ambassador to Belgium, Dr. Eckard Cuntz, spoke of how honored he was to be invited, the darkness of the war era, and his hope for a united future. We left the night feeling inspired.” — Lin 7. “The best chocolate, waffles, fries, and beer in the world.” — Samantha 8. “The look on Belgians’ faces when you speak Dutch.” — Abigail 9. “‘The quality of French food with the quantity of German food.’ Waffles, chocolate, and fries are just the beginning: Imagine rich beef stews fragrant with dark Belgian beer, mussels piled high in their own broth, warm and oozing goat cheese salads, giant meat balls drenched in fresh tomato sauce… The food is absolutely incredible and the portions generous!” — Nathan 10. “Brussels might the most international city in the world. Come for the rich food, stay for the rich culture.” — Myles]]>