As Young As You Feel 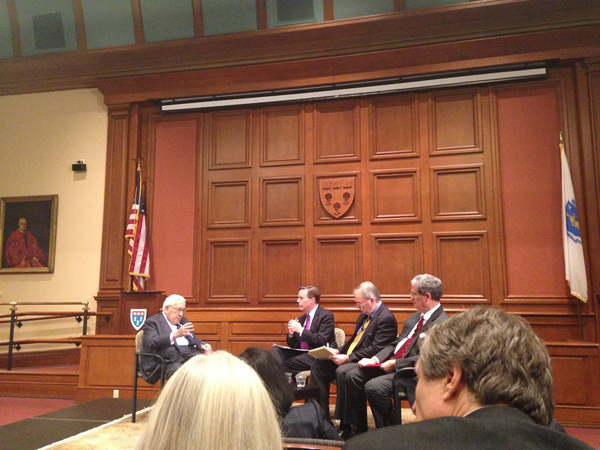 One of the biggest perks of spending time at an American university is the line-up. OK, it’s not Tomorrowland or Rock Werchter (whatever floats your boat), but it’s still pretty damn impressive. In many cases however, the real lesson isn’t their actual lecture or speech, it’s some other thing that hits you at some point during their talk. The past couple of weeks, what hit me was their age. More specifically, how their age seemed to have little bearing on their intellectual sharpness, appearance and general disposition. Let me give you the lineup. First up, Harvey Miller. THE bankruptcy lawyer of the US, hands down, no question about it, since the enactment of the Bankruptcy Code in 1978, gave a guest lecture in my Bankruptcy class. Before you fall sleep, take note of the fact that he worked on such bankruptcies as Lehman Brothers, GM, American Airlines, … billing hundreds of millions of dollars in fees along with his team. He spoke with energy and vigor, showing his razor-sharp mind, and I had him pegged as being in his late sixties, max. He’s 81. Second at the bat, Henry Kissinger. Yes, that’s right: Henry Kissinger. The man who negotiated with Mao Zedong in the morning, the Soviet Union over lunch, North Vietnam in the afternoon and Israel for dinner. About such light subjects as ending the Vietnam war, cease-fire in the Middle East, the opening of trade relations with China and, you know, the threat of total nuclear annihilation. While he isn’t free of controversy or opponents, one can hardly deny how brilliant and sharp a mind he has. He doesn’t just answer questions, he analyses them, thinks a couple of steps ahead to their implication, and takes it from there. You want to be awake and well-rested just to talk to him or he’ll eat your brain for breakfast. 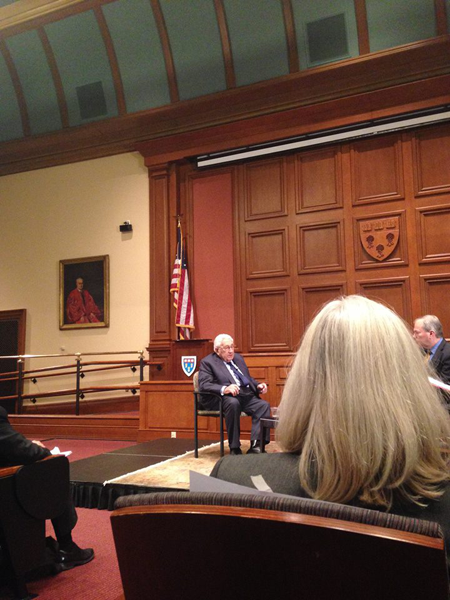 But the real star in this little list, is Benjamin Ferencz. He was the prosecutor for the United States at the Einsatzgruppen trial at Nuremberg, after WW II. He came into the room and tore it down. He started by cracking one joke after another, only to move seamlessly to his core business of motivating and inspiring people around the world to replace war with the rule of law. In his own words, to make law, not war. It’s a mission he has been working on since 1945, by prosecuting war criminals, flying around the world to give speeches, writing books and articles, … “Retirement” is a word he doesn’t understand. He’s in “the prime of his youth” so he had better make the most of it. He’s 94. And this is what hit me about these people. They just don’t seem to age, because they are so driven by what they do. They have spent their lives challenging themselves, doing what they love, and it has kept them young. When Harvey Miller was 69, he “retired” by quitting bankruptcy and becoming an investment banker. At 74, he decided to go back to being a bankruptcy lawyer. Not exactly to get the rent paid. But because he loves it. Benjamin Ferencz could very respectably have decided to retire thirty years ago, but he didn’t want to. He has a mission, and it hasn’t yet been accomplished. Drive can keep a person young. Or in the words of Mr. Ferencz: How do you bounce back from a setback? Three answers: never give up. Never give up. Never give up. – Frederic Helsen]]>