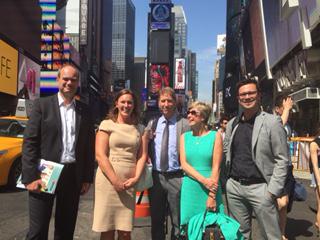 The Fulbright Commission to Belgium and Luxembourg along with Flanders Knowledge Area organized an academic mission to the United States in May 2015 with several representatives from Belgian universities to learn more about university education in the U.S. and the possibilities of further collaboration in the field of academic exchanges between Belgium and the U.S. On May 10, the trip started with a concert celebrating the 50th Anniversary of Chamber Orchestra of Philadelphia followed by a dinner with the Mayor of Philadelphia. On May 11, the group attended sessions at the Institute of International Education. During the first session participants were given information about “Trends in International Student Mobility, an analysis of recent Open Doors data” by Rajika Bhandari, Deputy Vice President, Research and Evaluation . IIE’s placement team highlighted “Trends in U.S. Higher Education” and Daniel Kramer, Director U.S. Student Programs provided the “Trends in the Fulbright U.S. Student Program.” The second session “New Initiatives in U.S. and International Programs” involved presentations from Cindy Mah, Cindy Mah, Director, Global Scholarship Programs –  Global Engineering Educational Exchange, Sabeen Altaf, Senior Program Officer, Sarah Wilcox, Director  International Partnerships in Higher Education – Scholar Rescue, Wagaye Johannes,  Schwarzman Scholars and Daniel Obst, Deputy Vice President on International Partnerships in Higher Education. Lunch was hosted by Ambassador Blinken and Michael Smith, President of The Washington Center in Wasington, DC. 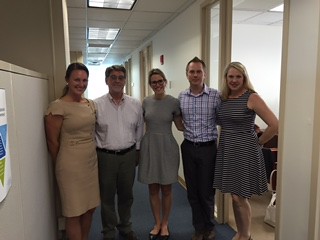 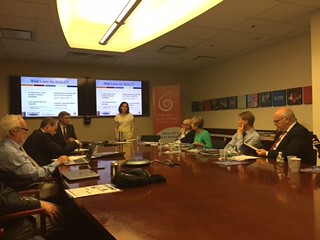 In the afternoon, delegation members attended a Higher Education Leadership Roundtable which was moderated by Professor Andrew Delbanco of Columbia University.  Senior leaders from New York higher education institutions (Columbia University, NYU, Kingsborough Community College, UBMC, SUNY, CUNY) engaged in a dialogue with the academic delegation on various policy issues currently on the minds of top higher education leaders on both sides of the Atlantic, such as funding challenges, innovation and tech transfer, diversity and social responsibility. The goal was to share and exchange points of view, ideas, and new insights between colleagues from the US and Flanders. 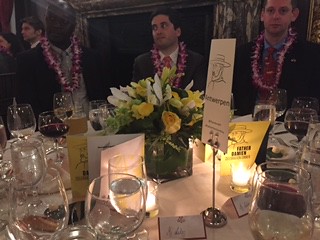 In the evening, after the inauguration of the Father Damien Way in New York City, a Gala Dinner took place in the presence of Mr. Geert Bourgeois, Minister-President of the Flemish Government, and Flemish Minister of Foreign Affairs and Immovable Heritage . 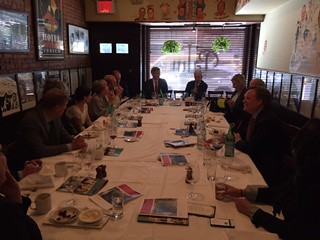 On Tuesday, May 12 the day started with a networking breakfast at the Belgian American Chamber of Commerce. The King Baudouin Foundation in the US then presented a workshop on “Understanding the US Fundraising Landscape.” Ms. Ellena Fotinatos, Deputy Director of Donor and Nonprofit Services, gave an overview of the US tradition of fundraising as well as the changing landscape of fundraising.  The discussion also focused on the particular challenges of European higher education institutions looking to raise funds in the US and how they can benefit from creating a “friends of” structure. 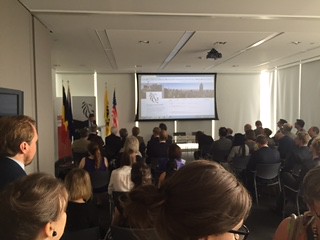 In the afternoon, delegation members attended a Flanders House Networking Lunch in the presence of Mr. Geert Bourgeois. Here, senior administrators and academics engaged in international collaboration and exchange from various New York universities and colleges gathered to network with the Flemish higher education delegation and to get better acquainted with the strengths of Flanders as a top-level player in higher education and scientific research. Afterwards, there was time to enjoy a visit to the Frick Collection or The Met Museum and the New York Public Library. Founded in 1895, NYPL is the U.S.’s largest public library system. It also played an instrumental role in the rebuilding of the library of the Catholic University of Leuven.]]>