The reception began at 6:30pm with a wonderful introductory speech given by the Director of the Fulbright Commission, Ms. Erica Lutes to a crowd of 200 guests. Ms. Lutes thanked the audience for coming out to support the current Fulbright Scholars and the Fulbright Commission as a whole and introduced the U.S. Ambassador to the Kingdom of Belgium, Denise Campbell Bauer. 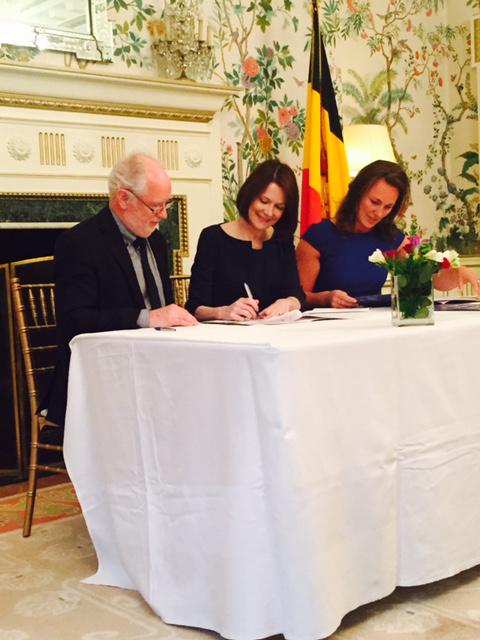 Ambassador Bauer gave remarks on the continued importance of the Fulbright Commission in promoting mutual understanding and cooperation between the U.S. government and those in Belgium and Luxembourg. She congratulated the current Fulbright scholars on their acceptance to the program and encouraged them to make the most out of this opportunity they’ve been given. Following the speeches, the University Partnership Agreements were formally signed by representatives of the participating Belgian universities and the U.S. Ambassador herself. The University Partnership Agreements are one of the first of their kind and they further serve to solidify relations between the U.S. and Belgian institutions. The signatories formally signed the document in the full view of all the guests. 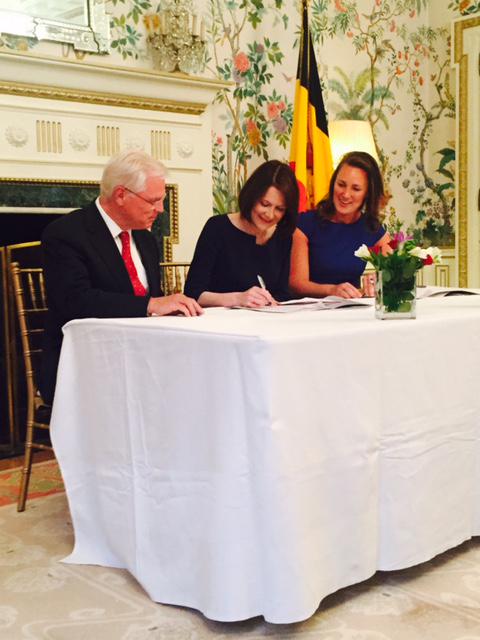 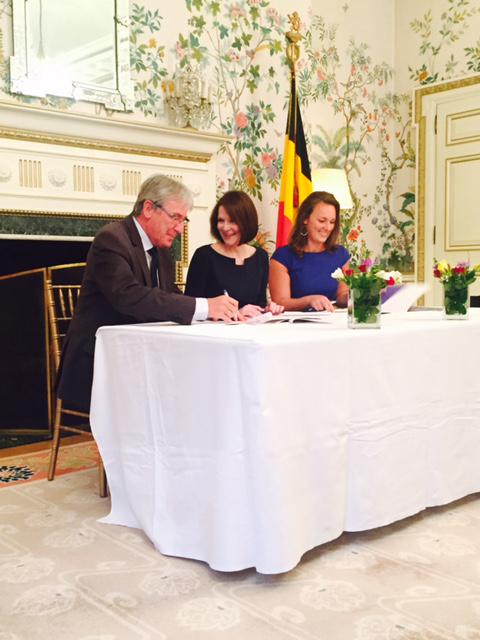 After the signing the audience was treated to a musical interlude played by Lucas Heytens, a student and pianist of the University of Leuven who was sponsored by Jasper Croonen, another student at the same university. Lucas provided a wonderful rendition of Franz Liszt’s “Paraphrase on Verdi’s Rigoletto” for the piano that lasted for eight minutes and utterly entertained the audience present. After the piano interlude, the guests were invited to take photos with the Ambassador Bauer with the Fulbright Scholars being the most excited to have this opportunity. Although, it was about 7:45pm and the event was winding down to its close, the Fulbright Scholars were not yet through with the night. They participated in interviews carried out by our staff that encouraged them to talk about why they decided to apply for Fulbright Scholarships, what they intend to do in the U.S. and how they feel about leaving their home country to study abroad. About thirteen scholars spoke to our staff about how they felt before the night was over and we are definitely sure that the other scholars would have other opportunities to share their feelings and experiences as well. The night officially ended at 8:30pm with people saying their last goodbyes and trying to get as many contact details as they could. With the amount of laughter, talking, pictures and essential meet and greets being made, with the official recognition of the University Partnership Agreements and with the generous hospitality of our host, Ambassador Bauer, it was all in all a very rewarding evening for all attendees and a wonderful way to welcome the new Fulbright Scholars into our community. 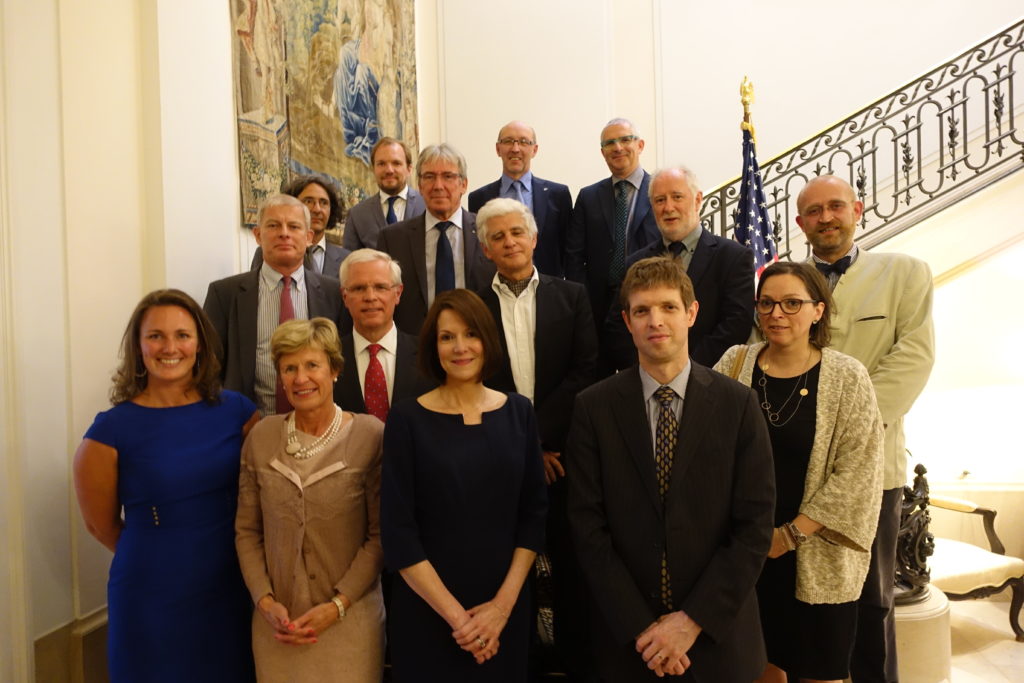 Overview of the University Partnerships