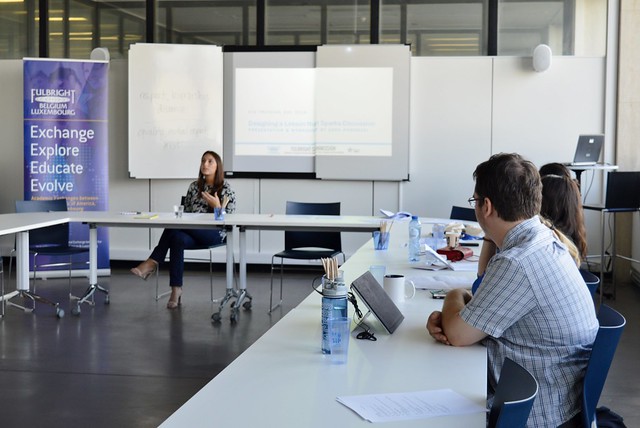 The morning began with an introduction to ETA Rights and Responsibilities. This year’s English Teaching Assistants come from a diverse background and include recent university graduates, experienced language tutors and teachers, and even a former Peace Corps English Teacher. During the academic year, the ETAs will be working in secondary schools and universities in Antwerp, Mechelen, Brussels, Mons, Luxembourg City, Esch-sur-Alzette, and Differdange. Although the grantees will soon find themselves at a variety of academic institutions, there are some pieces of advice that are relevant for all of our grantees! During the ETA Rights and Responsibilities section of their training, ETAs learned about cultural differences when it comes to class participation, teacher expectations, and grading and discussed strategies for managing workplace expectations. 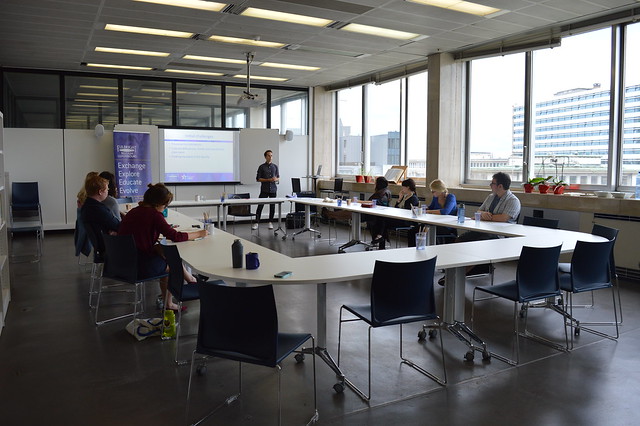 In the second half of the day, the 2016-2017 grantees were joined by former ETAs, who led workshops based on their own experiences. Nathan Hoffmann spoke about the cultural differences he encountered during his time in Belgium and about the semester-long master’s level course he designed while working as an ETA to the University of Mons in 2013-2014. Elisabeth Bloxam, a former ETA to Luxembourg and the current Fulbright Program Manger for Students, led a workshop on “Adding Value as an ETA” and talked about how English Teachings Assistants can best use their nationality, age, and areas of expertise in the classroom. Zara Anwarzai, an ETA to Luxembourg in 2015-2016, led the last workshop of the day on “Designing a Lesson that Sparks Discussion”. ETAs often find that classroom culture in Belgium and Luxembourg can be less participatory than in the United States, but Zara talked about her approach to getting students to engage and participate in class discussion. Grantees were given a random topic and asked to explain how they would prepare to teach a lesson on anything from the economic crisis in Puerto Rico to the role of gender in To Kill a Mockingbird — all topics that Zara was asked to teach during her time as an ETA! 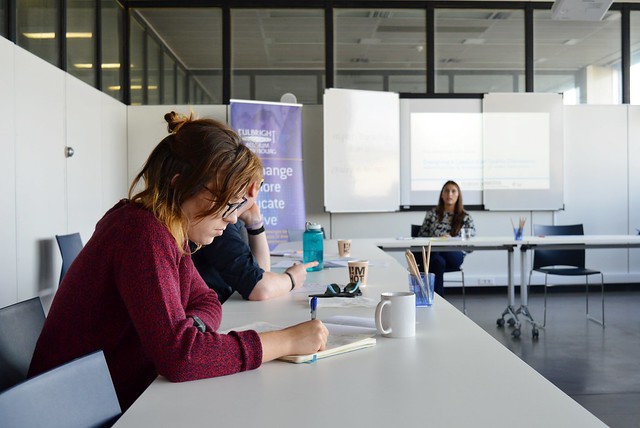 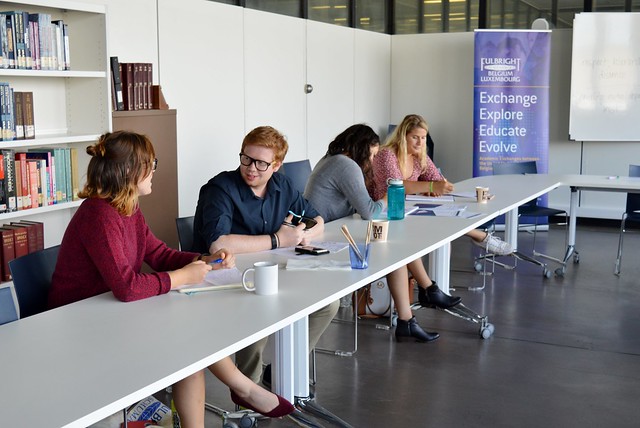 ETA Training Day concluded with a panel discussion where grantees had the opportunity to hear from all three former grantees about the realities of teaching English in Belgium and Luxembourg. 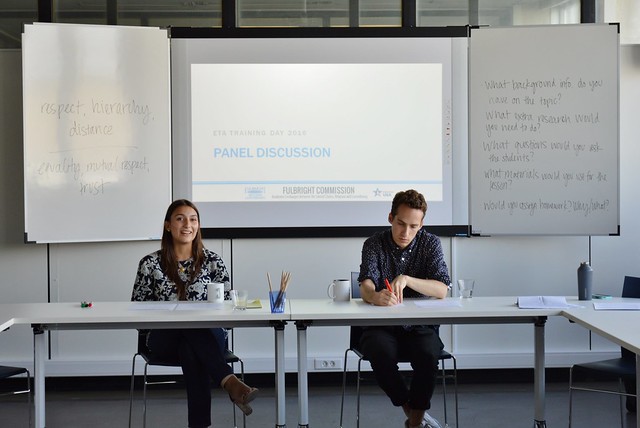 Best of luck to our ETAs as they begin work at their host institutions this week! – Elisabeth Bloxam Program Manager for Students and EducationUSA Adviser]]>