Successful Alumni Event – A History of Human Rights in Mechelen 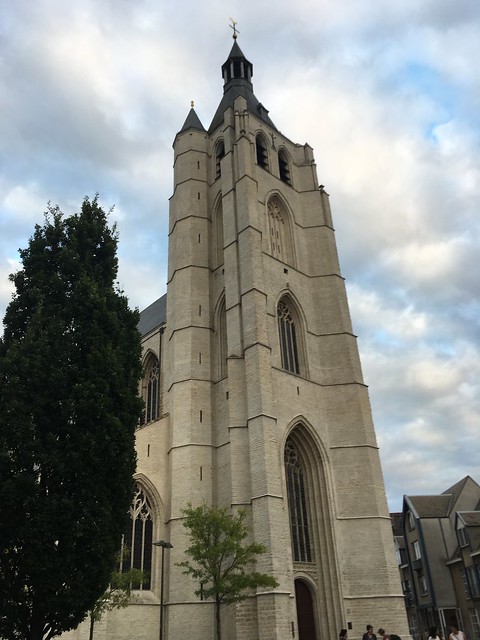 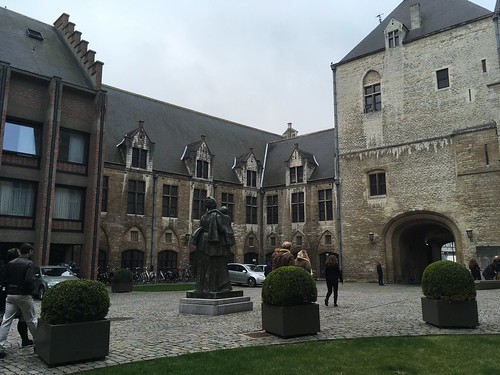 Our first stop was the town hall. The gate leading into the courtyard was once a prison. Our guide, Lisbette, explained that poor prisoners used to let down buckets on ropes and beg for food, while the wealthier ones enjoyed relative luxury. 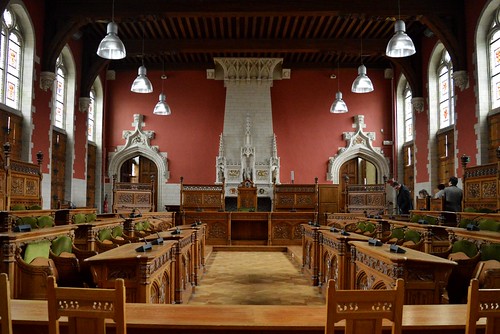 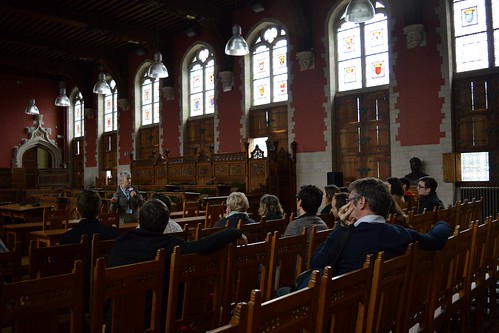 Inside the town hall we saw the city council room, where busts of past mayors line the back wall. Intricate carvings cover the room and tell the story of Charles Dessain, the mayor who risked his own life to protect Mechelen’s citizens from the Nazis during World War II. As a means of delaying the deportation of his constituents, Dessain contracted extensive woodwork and continued adding to it. Despite his best efforts, his constituents – and eventually Dessain himself – were deported, but Mechlinians today remember him as a hero. 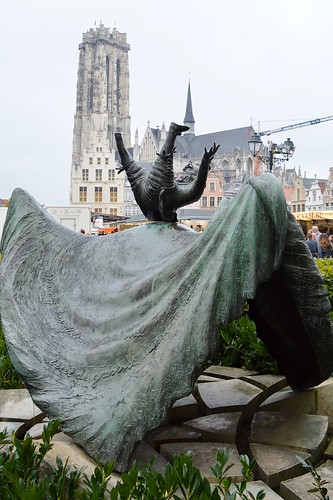 Immediately outside the town hall we found a statue of what appears to be a child bounced into the air on a blanket. In the past, while some criminals ended up in the tower, adulterers faced a peculiar sort of punishment that originated in Spain. Since divorce was illegal under Catholicism, unfaithful husbands were once publicly ridiculed in exactly this way. Now the tradition remains as a celebration of local culture and dolls are used instead of humans.

In its more recent history, Mechelen has distinguished itself as an asylum for refugees coming from war-torn regions of the Middle East and Africa. Near the city center sits an artist’s rendition of a larger-than-life refugee constructed from remnants of rafts used by asylum seekers when making the treacherous voyage to Europe. 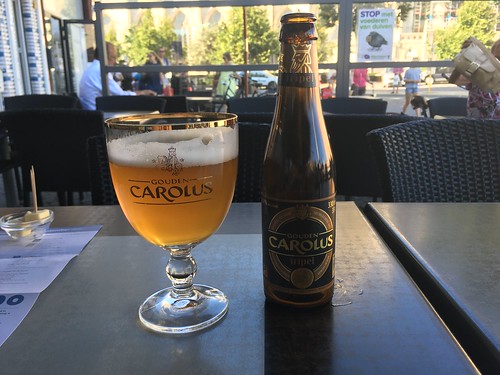 At the center of Mechelen sits the Grote Markt (Big Market) – a large square encircled by bars, restaurants, quaint outdoor cafes and several local government buildings. One of the most well known gastronomical products of Mechelen (and my favorite Belgian beer) is Carolus. Lucky for me, our tour included a delicious lunch at the Carolus brewery, where the traditional Flemish stew proved a perfect antidote to the typically dreary October day. After enjoying a leisurely meal with grantees, alumni and university colleagues, we headed over to the Kazerne Dossin, which sheds light on a darker side of Mechelen’s history. 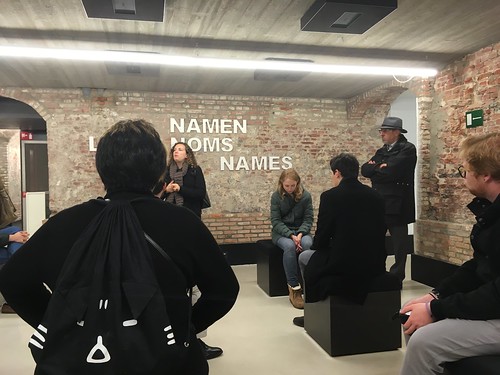 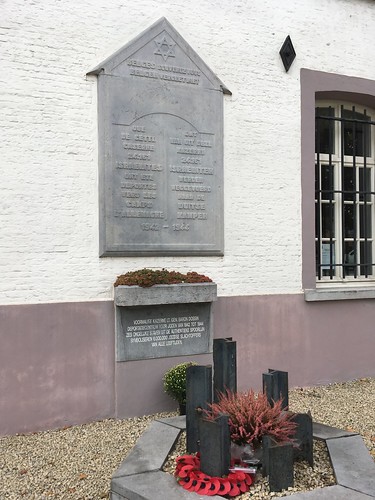 The Kazerne Dossin, now a museum, was once a way station for Jewish people, gypsies, POW’s and anyone else making the unfortunate journey to Auschwitz. As we walked through the exhibits, we sat in rooms where the Nazis’ victims once awaited deportation. We listened as the names of the condemned trickled down one-by-one from overhead speakers. Other parts of the museum told of genocides perpetrated all over the world, from Cambodia to Rwanda and Armenia. It was a devastatingly powerful display of humanity’s darkest tendencies, as well as a tribute to the collective memory that seeks to prevent a repetition of such terror. 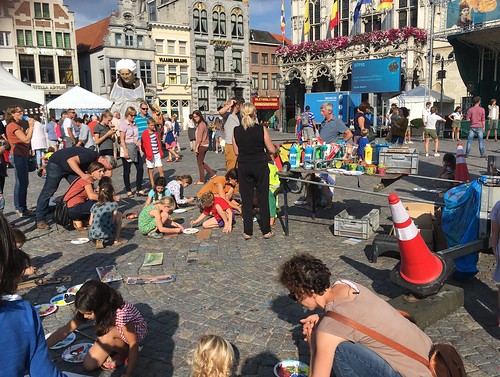 Two days after this event, I happened upon a source of this collective memory. That day, I joined a neighbor for lunch and met her 90-year-old grandmother, who actually lived in Mechelen during the German occupation. Mama Pauline, as her grandchildren call her, has lived in Mechelen her whole life, but when I mentioned the Kazerne Dossin, she looked at me gravely and said she would never go there. Mama Pauline still remembers glimpsing the faces of the victims through the gaps in the fence as she walked past the Kazerne over seventy years ago. Many of the older people in Mechelen don’t speak English, but Mama Pauline surprised even her own family when, after a few minutes of translating between Dutch and English, she revealed that she could understand most of what I said. She brushed off her English and told me that she had learned while working for the British after the Nazis fled Belgium. 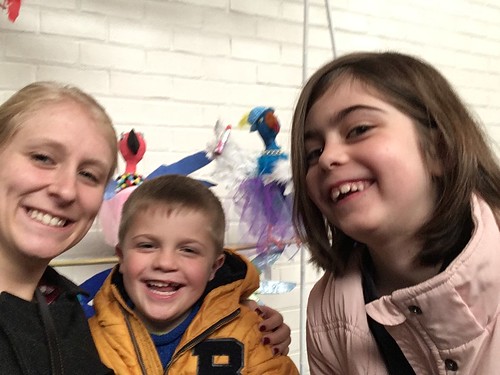 Mechlinians have a long history in Europe, and they even have their own nickname: Maneblussers. According to legend, a man coming home from the bar one night saw the moon glowing through the windows of St. Rumbold’s Cathedral and, mistaking it for a fire, alerted the town. Their heroic attempt to extinguish the “fire” high up in the tower earned them the name “moon extinguishers.” Learning about my new home – its history, its culture, its people – has been an incredible part of my Fulbright experience. Being a Francophile, I never pictured myself living in a Flemish town, learning Dutch, but sometimes the best experiences are the ones you never expected to have. 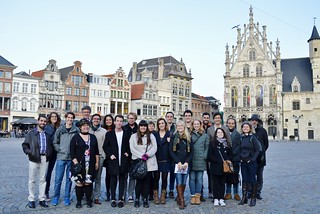