A Taste of Leuven

We first made our way through the beautiful city towards one of its most renowned landmarks: the Central Library of the Catholic University of Leuven. 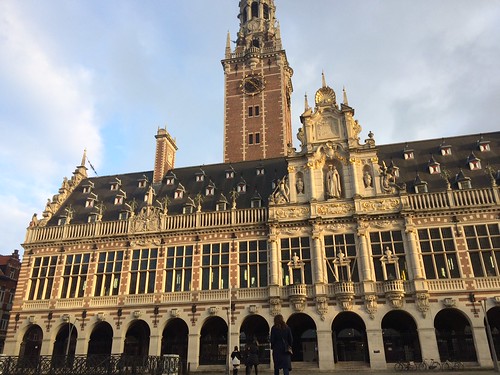 We met in the library hall with amazing guide Tarek Peeters who told us all about this historical building. It was first established in the 17th century and held thousands of manuscripts and medieval books. Unfortunately, during the first World War, the library was targeted by German troops and set on fire, along with its priceless collection of books. 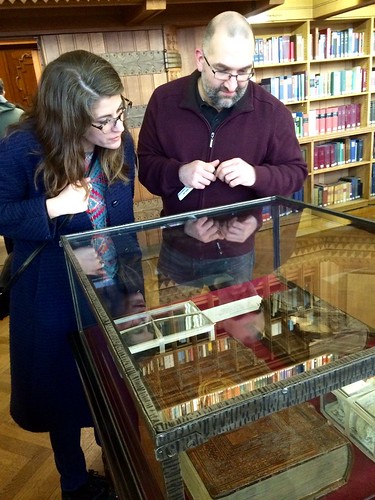 Herbert Hoover, who would later become the 31st President of the United States, raised money and helped rebuild the library thanks to donations from students and universities across the U.S. In 1928, the library was proudly standing on the city’s square and to this day, you can still see the names of American universities (from small colleges to Ivy League universities) engraved on the library’s walls. 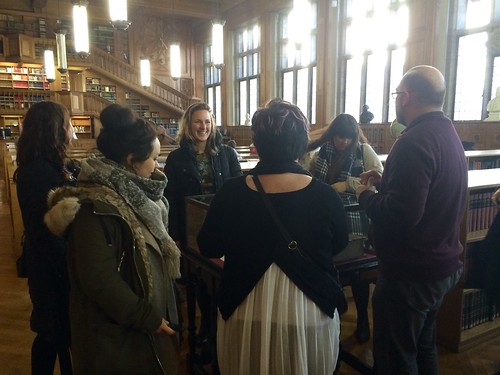 Sadly the tragedy doesn’t end here – the library largely burnt down during the second German invasion of Leuven during WWII. It was rebuilt after the war. 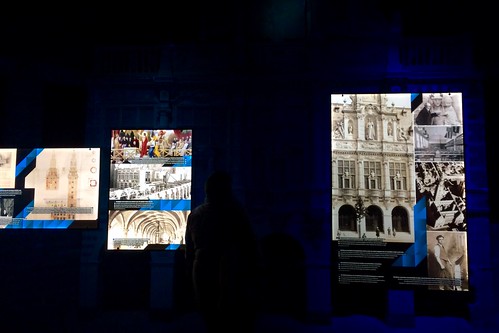 Our guide then took us at the top of the clock tower where we enjoyed magnificent views of Leuven bathed in the golden hour. 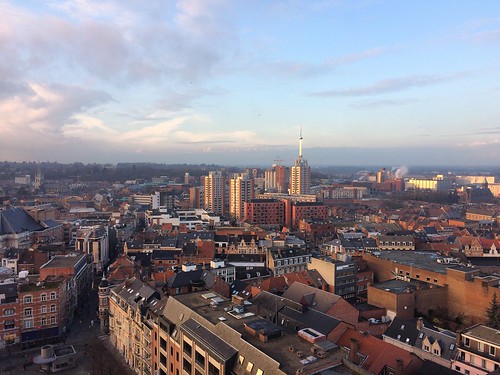 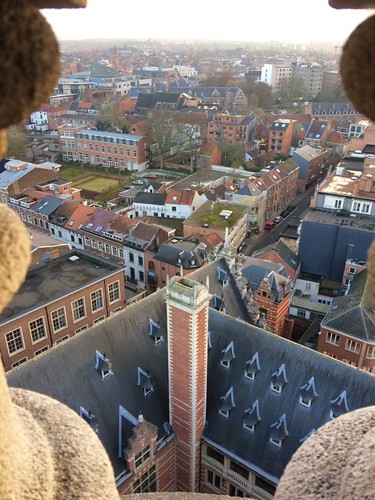 We then climbed backed down the tower on shaky knees and made our way to Bittersweet Chocolatier, one of Leuven’s finest (and probably most original) chocolate shops. Bram Jaenen and his team welcomed us and introduced us to their brand: although you can find ‘typical Belgian’ flavors such as praline or speculos, what really sets this chocolaterie apart are its innovative and fun combinations of flavors (basil and thyme, Belgian gin, peanuts and chili…).

The team showed us how they make their chocolates and even let us try our hand at it! Don’t worry, no chocolate was spilled and some of us might even have a future in chocolate making! Needless to say, we left with our stomach full of Belgium’s delicacies… 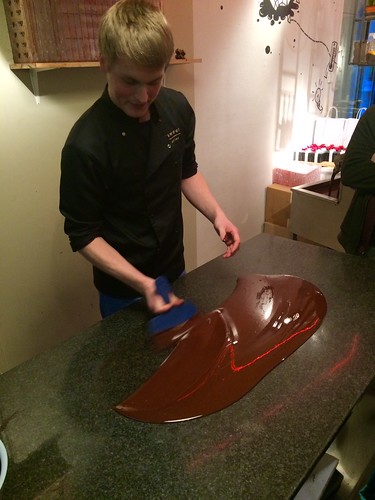 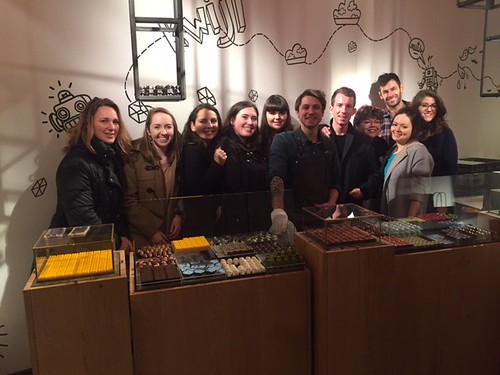