It shouldn’t be surprising that Luxembourg has a bit of a small town dynamic with a population size of roughly 576,000 and a capital city of 115,200 inhabitants. Reno, Nevada (my home town) would never be considered a “big city” to Americans, but the population there is still just over 230,000. Yet because of Luxembourg’s size, new activities are easily accessible. I love the arts, especially the performing arts, so the following is an example of how easily someone with my interests can find a niche in Luxembourg. The University of Luxembourg actively promotes cultural events and groups available to students; there’s even a weekly email update! Due to good advertisement, I found out about and joined a dance group that meets weekly. A few weeks ago, one of the guys with whom I dance approached me about playing a role in his musical theater production. He was putting on an original show and one of his actresses was too ill to play the part. I had two weeks to learn the part and then one week of performances, and what an exhilarating three weeks that shaped up to be. There was even a review of the show in a couple Luxembourgish newspapers, including the Luxemburger Wort. 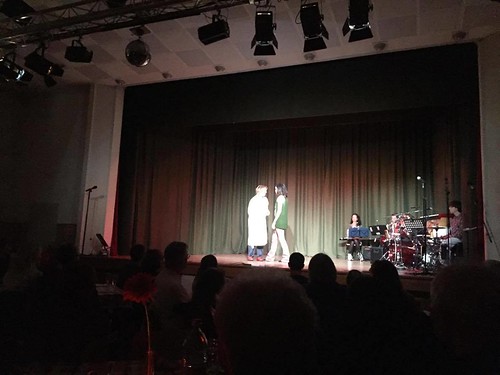 The beauty of Luxembourg is that it’s easy to find one group of individuals with similar interests, and those connections quickly snowball into many more opportunities and relationships that you never could have foreseen. All that is required of you is to be open to each new experience as it presents itself. – U.S. Fulbright grantee to Luxembourg Athena Turek-Hankins]]>