Having missed out on Hallerbos once, I was more determined than ever than ever to make it out to the famous bluebells this year. I was therefore delighted to accompany a group of U.S. Fulbright grantees to Belgium on a grantee outing to Hallerbos earlier this spring.

What we now call Hallerbos was originally part of the massive carboniferous forest known to the ancient Romans as Silva Carbonaria, which once extended from the banks of the Rhine and Moselle rivers all the way to the North Sea. The first written reference to Hallerbos came later, in 686; at the time, control of the forest was shared by the Abbey of St. Waltrudis and the count of Hainaut. King Philip IV of Spain, who held the title of count of Hainaut in the mid-17th century, was forced to sell the land, which came into the possession of the Duke of Arenberg. Reminders of this period can still be seen in the forest today, thanks to the stone markers set up to establish which part of the forest belonged to the abbey and which to the Arenberg family. The Arenbergs, who later took control of the entire forest, carefully cultivated Hallerbos as a timber forest. Hallerbos was almost entirely destroyed during World War I, when the occupying German forces took its status as a timber forest to heart and felled all of the largest trees. The forest was repopulated between 1930 and 1950, meaning that despite its ancient history, almost all of the forest’s trees are between 50 and 80 years old. Funnily enough, however, it was the near destruction of Hallerbos during World War I that turned the forest into the famous destination it is today. Wild bluebells already grew in the forest, but the combination of rich soil in the ancient forest floor and the sudden replanting of thousands of beech trees in the 1930s and 1940s provided the perfect conditions for them to truly take off. And did they ever! 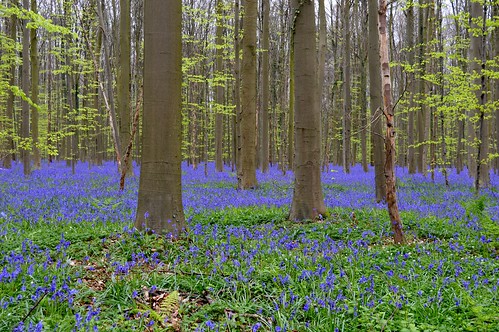 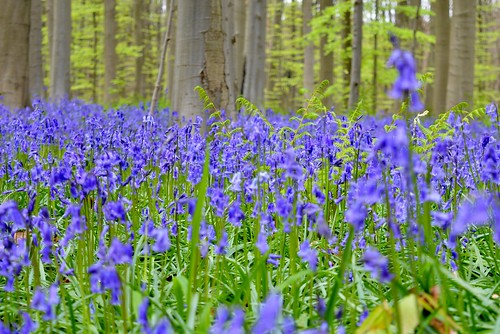 We had the opportunity to talk with a volunteer, a local who has been coming to Hallerbos for over 40 years. He explained that while social media has contributed to the popularity of the forest, Hallerbos is in many ways a victim of its own success. He explained that though they comprise a seemingly an endless sea of flowers, the bluebells that grow in Hallebos are actually extremely delicate. When trampled, whether by animals or — as is more likely — by overeager Instagrammers, the flowers are unable to reproduce the following year. Luckily, active volunteers at Hallerbos have responded to this problem by marking clear paths through the woods … and they’re not shy to call out tourists who break the rules. As we all snapped photos of the flowers, it was interesting to consider how social media will continue to impact the future of places like Hallerbos that have traditionally been considered ‘off the beaten path’. Bluebells have been blooming in the forest for decades, but it’s not until recent years that #Hallerbos has become truly trendy and as we learned, its success may represent too much of a good thing. Our visit (which conveniently fell on Earth Day) was a reminder that if we want to continue visiting unique places like Hallerbos, we need to do our part to make sure that they continue to be appreciated and protected. 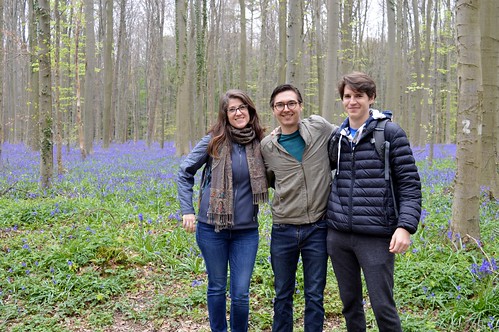 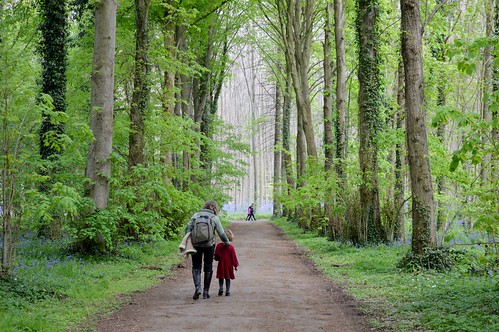 The grantee event in Hallerbos was a great opportunity for our 2016-2017 U.S. Fulbright grantees to spend time with one another as they approach the end of their time in Belgium. As an alumna of the Fulbright Program in Luxembourg, I treasure the friendships that I made during my grant and it makes me happy to see the tradition continue. When family and friends are far away, fellow grantees are a source of support and inspiration — and they are always willing to take that Instagrammable photo! Elisabeth Bloxam is the Fulbright Program Manager for Students at the Commission for Educational Exchange between the United States, Belgium and Luxembourg. Articles do not reflect the opinions of the Fulbright Commission, the grantees’ host institutions, or the U.S. Department of State.]]>