Being a Cultural Ambassador: The Most Exciting Experience as a Young Leader

Chiara Loddo was selected for participation in the 2017 Study of the United States Summer Institute for Student Leaders. Read more about the SUSI Program here. Below, Chiara reports back on her six week stay in South Carolina and Washington, DC.

On June 28 2017, I was flying to the United States of America for the best experience of my whole life: participating at the Study of U.S. Summer Institute (SUSI) program for European Leaders on Civic Engagement. I was selected by the Fulbright Commission at the US Embassy in Brussels but my program was funded by the US department of State and administrated by FHI 360. 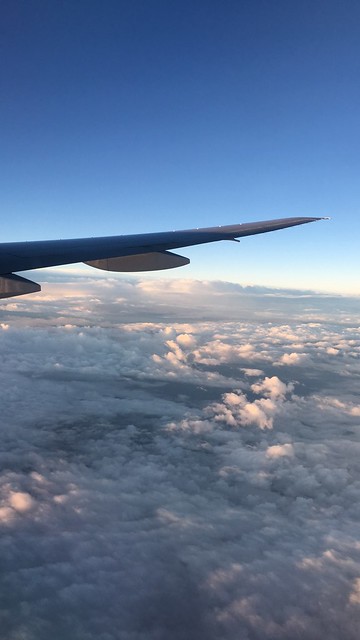 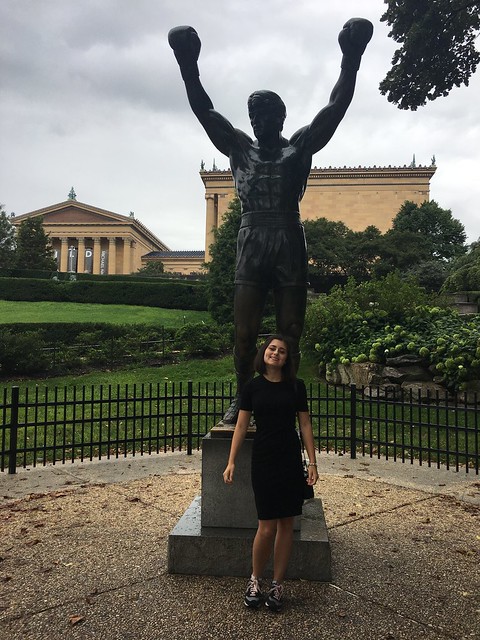 My first stop was at the University of South Carolina, Columbia where I spent four weeks with 20 other young leaders from Czech Republic, Estonia, France, Iceland, Italy, Latvia, Moldova, Netherlands, Norway, Portugal, Romania, Russia, Slovakia, Spain, United Kingdom and Ukraine but also with American teachers, experts, Cultural Ambassadors and other people from organizations with who I built friendship that will last forever. 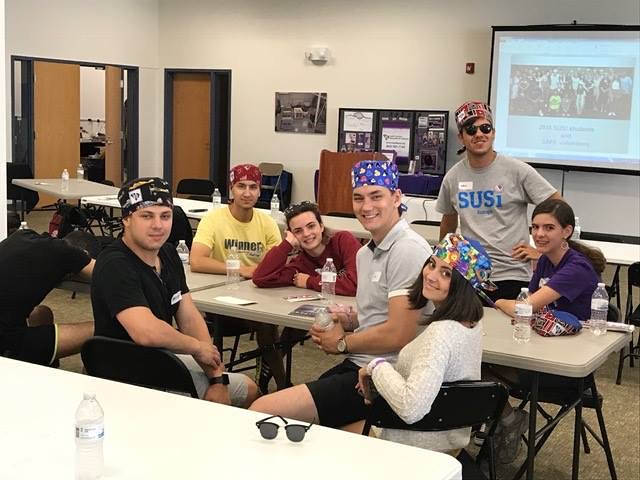 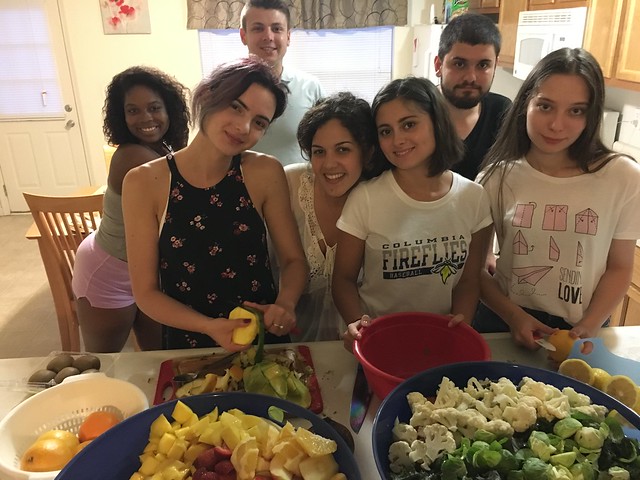 During these four weeks, I had the chance to experience the ‘American way of life’ attending lectures given by experts on topics such as: U.S. Democracy and Civic Engagement, Human Rights and Diversity in the U.S., U.S. Institutions and Community Leadership and U.S. and European Issues. 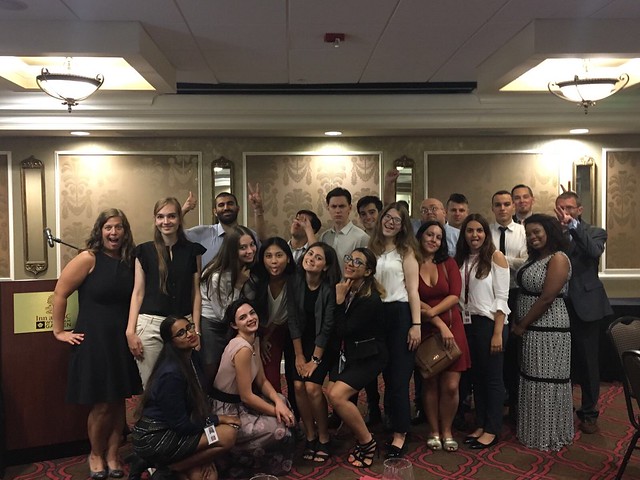 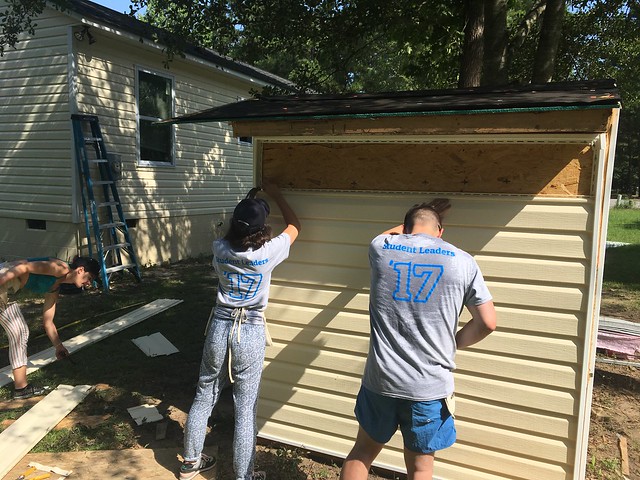 The main goal is for us to be able to make change in our communities and to develop our leadership skills. In addition to this academic aspect, I also had the chance to do some volunteering. I helped to a house building in Habitat for Humanity, created some games for Boys and Girls Club, helped to pack food at the Harvest Hope Food Bank, taught English to refugees at the Refugee Resettlement of Columbia and I also sewed caps for South Carolina Advocates for Epilepsy. 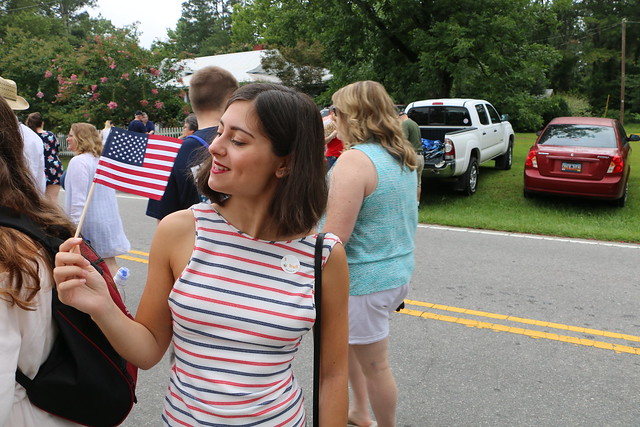 Moreover, a lot of study trips were planned for us. Indeed, I visited the South Carolina State House, the Riverbank Zoo, the South Carolina State Museum, SCETV, the Rotary Club of Columbia, the Lexington County Museum and Peach Festival, went in the swamp of Charleston Audubon Society, did low ropes in the woods, … I also had the opportunity to travel through the state visiting Charleston and seeing the ocean at the Isle of Palms, celebrated the 4th of July like a true American at the Lake Murray and I also have been to Charlotte, NC, where I visited the Charlotte Levine Museum. 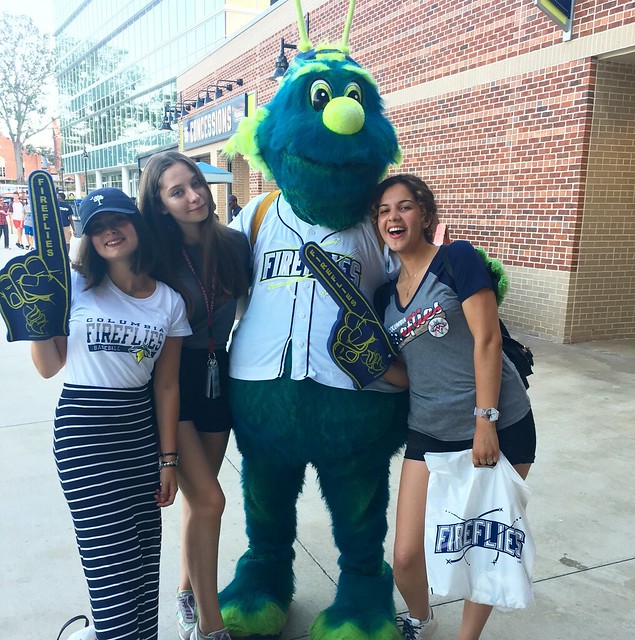 On the fifth and last week of the program, we packed our luggage and went on a study tour. We traveled back on time in order to see how ‘We, the People of the United States’ created the America that we know today. We began in Williamsburg, Virginia, second oldest city of the United States where the political events led to the American Revolution, colonial life and the slavery era. The next stop was Philadelphia, Pennsylvania, where we visited the Independence Hall where the Declaration of Independence and the U.S. Constitution were signed. I also visited the Philadelphia City Hall, the National Constitutional Center and the Museum of Art where I walked on the steps of Rocky Balboa. 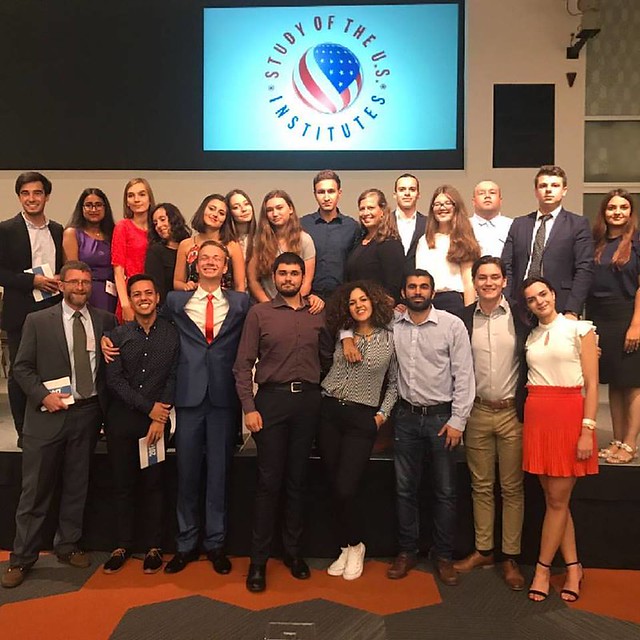 My last stop was Washington D.C. for a three-day conference where we met all the participants of the SUSI program and presented the Capstone Projects that we created to the FHI 360 and U.S. Department of State members. I visited the city during the day on a bus tour and during the night with I bicycle that I rented with my friends. This experience changed me forever. I couldn’t have expected better from this program and from the people that I met. I had the time of my life during these five weeks and this opportunity turned me into somebody that is more open-minded, grateful and dreamer than ever. I even spent my 20th birthday there where I had a tiara, cupcakes, balloon, candles and songs during more than 24 hours! A part of me is now up there with all my friends and my family that is and will be forever in my heart. Being a cultural ambassador is definitely the most exciting experience as a young leader. Articles are written by Fulbright grantees and do not reflect the opinions of the Fulbright Commission, the grantees’ host institutions, or the U.S. Department of State.]]>