The morning began with an introduction to ETA Rights and Responsibilities. This year’s English Teaching Assistants come from a diverse background and include recent university graduates, experienced language tutors, and even an alumna of the TAPIF Program in France. During the academic year, the ETAs will be working in secondary schools and universities in Antwerp, Brussels, Ghent, Hasselt, Louvain-la-Neuve, Mechelen, Luxembourg City, Esch-sur-Alzette, and Differdange. The Fulbright Commission is particularly grateful to its university partners, whose enthusiastic support of the ETA Program has allowed for more English Teaching Assistants to Belgium and Luxembourg than ever! Although the grantees will soon find themselves at a variety of academic institutions, there are some pieces of advice that are relevant for all of our grantees! During the ETA Rights and Responsibilities section of their training, ETAs learned about cultural differences when it comes to class participation, teacher expectations, and grading, and discussed strategies for managing workplace expectations. 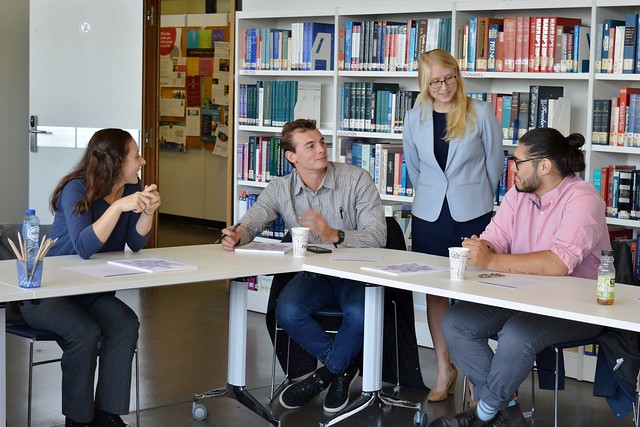 The grantees were then joined by former ETAs, who led workshops and delivered presentations based on their own experiences in Belgium and Luxembourg. Meghan Briggs, a 2016-2017 ETA to Mechelen whose grant has been renewed for the 2017-2018 academic year, challenged ETAs to think outside the box. Drawing upon her experience teaching a course in English for Tourism, the practical workshop asked grantees to define their own comfort zones and to develop strategies to cope when forced outside of them. ETAs brainstormed about ways in which they might plan lessons on topics outside of their own areas of expertise, or how they might address sensitive or controversial issues in the classroom. Speaking of comfort zones — what about the culture shock of being an American in front of a class of Belgians or Luxembourgers? Fulbright alumnus Patrick Matthews spoke to grantees about the cultural differences he encountered both during his time as an ETA at Ghent University in 2014-2015 and in his subsequent work in the private sector in Brussels. 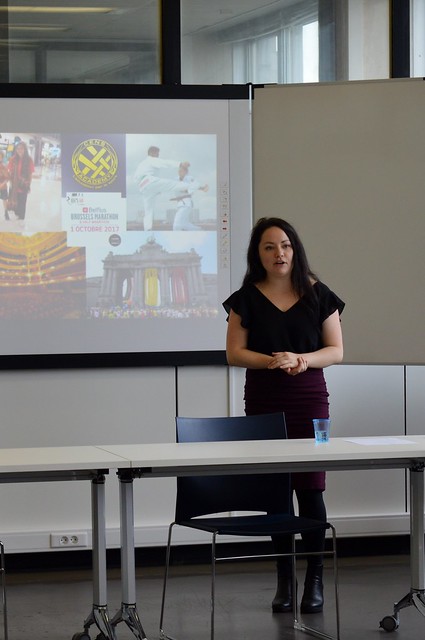 After lunch, grantees heard from ETA Program alumna Brandy Miller, who spent the past academic year as a teaching assistant in two secondary schools in Brussels. Despite being surrounded by students and supervising teachers, English Teaching Assistants sometimes lack the social network of friends and colleagues afforded to study and research grantees. Brandy’s presentation on “Cultural Engagement Outside the Classroom” gave the ETAs advice and encouragement about integrating to life in Belgium and Luxembourg, with practical hints about everything from enrolling in courses to improve their own language skills (with a choice of French, Dutch, German, or Luxembourgish!) to building their network through activity-based organizations. Lastly, Elisabeth Bloxam, a former ETA to Luxembourg and the current Fulbright Program Manger for Students, led a workshop on “Adding Value as an ETA” and talked about how English Teachings Assistants can best use their nationality, age, and areas of expertise in the classroom. 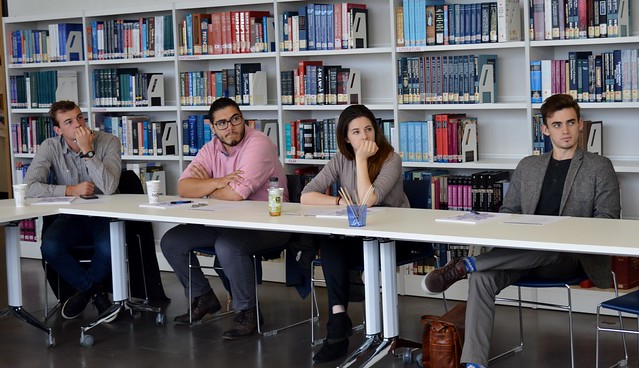 Best of luck to our ETAs as they begin work at their host institutions this week!]]>