Reporting back from the first 2017 Fulbright Enrichment Seminar

So I set off on Wednesday morning, being dropped off at the small airport of Greenville, SC, and flying to Huntsville, AL, with a stop-over in Atlanta, GA – three states in three hours! With most of the people on the plane to Huntsville being fellow Fulbrighters (we didn’t know each other yet, so I amused myself with playing the guessing game), there was a welcome-committee awaiting us to bring us to the hotel. The conversations with fellow Fulbrighters started going a bit uneasy at first – probably due to the early hour most of us had had to wake up that morning – but by the time we were at the hotel, everyone was happily chatting along, about their home countries, host communities, and research interests – a typical way of academic socializing. 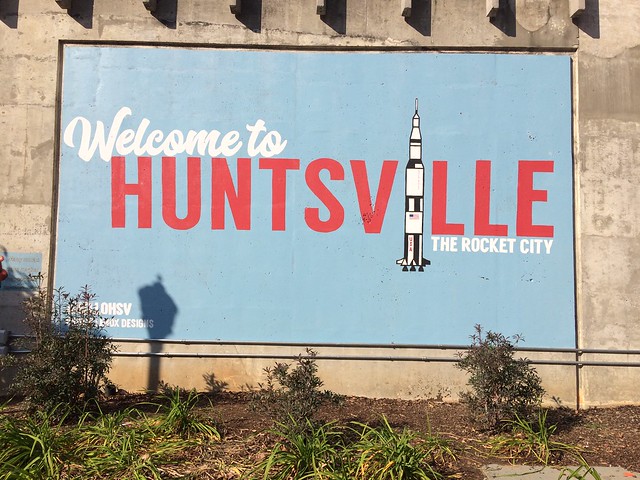 For the next four days, we would be taken on a tour around Huntsville, visit the Space & Rocket Center (I had to Google ‘Huntsville, AL’ and the first thing that showed up was the Center’s big rocket, visible from nearly everywhere in Huntsville), take a day trip to Birmingham, and listen to introductions and presentations by local politicians, college and university officials and, most of all, entrepreneurs. “Entrepreneurship and Innovation in the New South” was, after all, the theme of our Enrichment Seminar. The organizers’ main goal seems to have been to show us Fulbrighters the entrepreneurial success stories of the South, convincing all of us of its vibrant economic climate and instill in us the idea that innovation and business are no longer concentrated at the West Coast. To a certain degree, this message was heard. Most of us really enjoyed visiting the Startup-incubators in Birmingham, and hearing the stories of men and mostly women who had turned their lives around to set up a business and were now thriving. 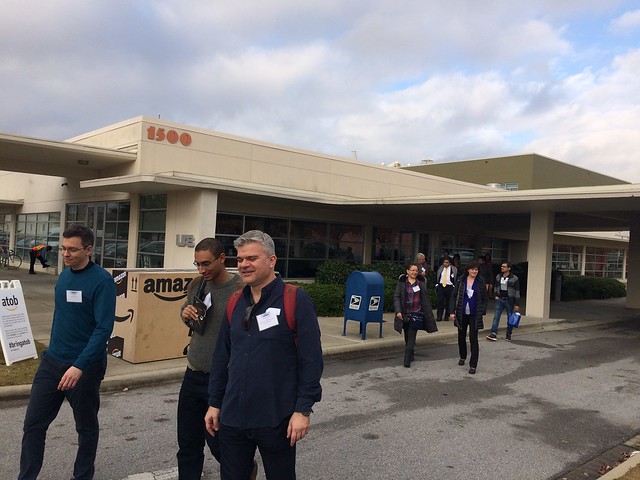 However – and we would not be Fulbrighters if there was no ‘however’ to this story – not all was great, and many of the people present also had a lot of questions about the setup of the programme as well as qualms about the choice of speakers. For most Fulbrighters, active discussion, questions, and intellectual and social criticism are a big part of their daily lives. To have most of our time filled with introductions of college and university programs, political speeches and often uncritical success stories of entrepreneurship, certainly caused a degree of frustration among the group. From my point of view, only in the final session of day three, visiting a Biotechnology Starter lab, were we spoken and listened to as researchers, as people with an opinion. More of this kind of real interaction and opportunity for participation would have been welcome throughout the programme. Further, many of us were uneasy with the “motivational talks” that interspersed our days. Surely such speeches, providing three or five or ten “lessons for the aspiring entrepreneur” have their value, but they seemed an ill fit with the audience at stake. For my part, I tried to take it as a typically American phenomenon, and thus part of the cultural immersion that is so crucial to the Fulbright programme. Finally, most of us felt really uneasy with the fact that some of the presenters talking about their business successes were involved in weaponry, and more specifically in the missile trade. Some people were really shocked that such a business had been selected to serve as an example to us all. I was mostly upset with the fact that there was no critical reflection about the societal responsibility and morality of this – and actually of any kind of – entrepreneurship. We were promised a moment to discuss these questions during the debriefing session of the last day, but in the end, this didn’t happen. The organizers did promise to take our remarks home, but did not seem willing to enter into the debate right there and then. 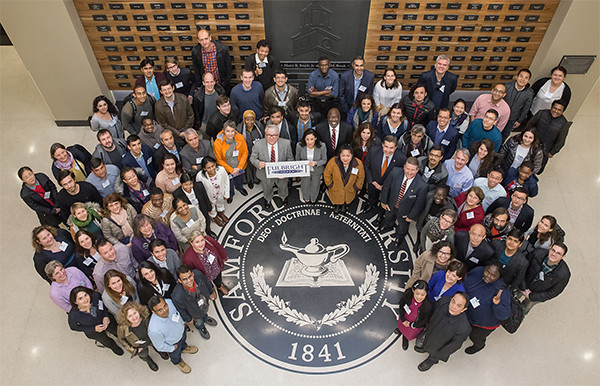 However, the joy and excitement about getting to know a new place, new cultural habits and so many interesting people from around the world made up for this entirely. I myself managed to talk intensely with about 20 people from 15 different countries, working all over the US in fields as different as medicine, agricultural engineering, biotechnology, law and history. The highlight of my visit was a homestay at the house of a local family, where ten of us Fulbrighters shared a lovely home-cooked meal – and a passionate discussion about politics – with our host Hanu and some of his neighbours and friends. All in all, it was an amazing experience. What a shame it’s already over! – Jozefien De Bock, Clemson University Articles are written by Fulbright grantees and do not reflect the opinions of the Fulbright Commission, the grantees’ host institutions, or the U.S. Department of State.]]>