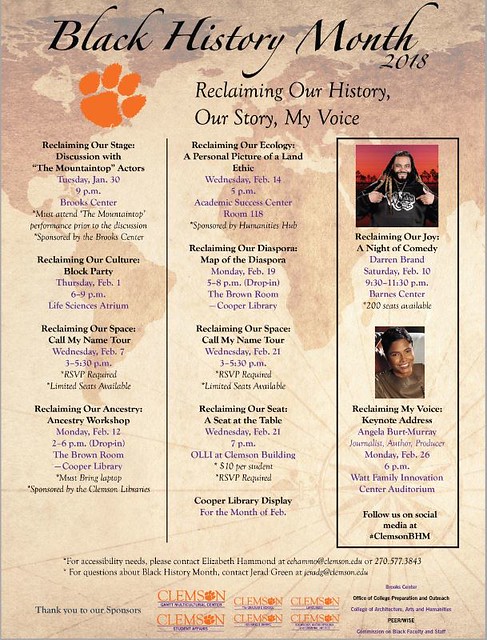 Further, there is a lot of discussion on the way in which the ‘organizers’ of these Months present their goals. For a long time, and to a certain extent until today, the focus of Black and Women’s History Months seems to have been on bringing to the fore exceptional African Americans and Women who were seen as not having been given their rightful place in History. These typically included people such as the first African Americans to be elected to Congress, the Suffragettes, famous African American and female writers, preachers, athletes, etc. I find this tendency to focus on the stories of Firsts, Heroes, and Exceptional Individuals to be very American. For a long time, this was also the main focus of historical professionals and handbooks across the globe. Ever since the 1960s, however, professional historians have worked very hard to uncover the stories of the masses of people, of ordinary men and women, and especially of those who lived their lives at the lower end of the scale of power. The crucial insight that history is made by everyone has not completely sunk through yet in many of the mainstream celebrations of Black and Women’s History Months. Also President Trump’s official proclamations on both Months (for the full texts, see here and here) were tinged with this rhetoric. A third kind of criticism points to the need for more attention to the intersections between race, gender and other social variables. Especially Women’s History Month gets singled out by critics as a celebration of white, heterosexual women, leaving out the experiences of women from minority groups. 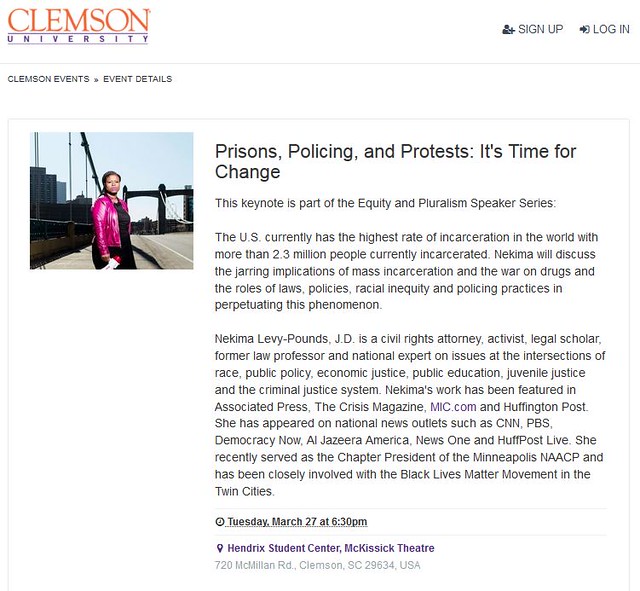 All of these criticisms reflect real issues that need to be dealt with. Not only in history but in all areas of American life, African Americans and women are still underrepresented, their potential undervalued and their opportunities severely limited when compared to those of white men. The irony of the current President – with a less than acceptable track record when it comes to minorities’ and women’s rights – talking about the importance of these Months of remembrance, was not lost on many Americans. Yet I must say that – at least here at Clemson – I have found both Months to be surprisingly refreshing. Especially Clemson’s Black History Month, which was more handsomely advertised through well-designed posters across campus, seems to address much of the criticisms that are aimed at the Month in general. Rather than singling out famous individuals, the program focused on Black Lives in general; rather than taking a purely celebratory tone, it seemed to be more critical; rather than limiting itself to a passive commemoration, it took an activist stance, inviting African American students and other campus members to Reclaim what can be considered rightfully theirs. Women’s History Month has just been kicked off, but also here, I see an activist, empowering program, and a strong commitment to look at the intersection of race and gender, rather than a meek celebration of ‘special’ white women. Both Months were initially developed as grassroots initiatives, and both have been ‘officialized’ by government and other authorities. But clearly, the grassroots are moving again in the US, reclaiming these Months as their own and shaping them in ways they see fit. African Americans and Women both still have a lot to grieve about, perhaps more today than a couple of years ago. Demanding their place in the spotlight during these two months can help unite people around common goals, and make the way to a more fully integrated position in mainstream History and Society. So let’s get busy! – Jozefien De Bock, Fulbright Postdoctoral Researcher, Clemson University (SC)]]>