Last week, in honor of International Women’s Day, the Belgian chapter of Soroptimist International held a screening of Hidden Figures. The 2016 movie, based on the non-fiction novel of the same name, tells the stories of three African-American NASA mathematicians in the 1960’s. Despite the gender and racially segregated work conditions, the three women force their white male coworkers to acknowledge their incredible intellect as they perform the calculations necessary to send the first American into orbit around Earth. The story of Hidden Figures aligns with Soroptimist International’s mission “…. to improve the lives of women and girls through programs leading to social and economic empowerment.” Knowing women in the past overcame obstacles far more daunting than those I face emboldens me to push the boundaries of the role I’m expected to play. 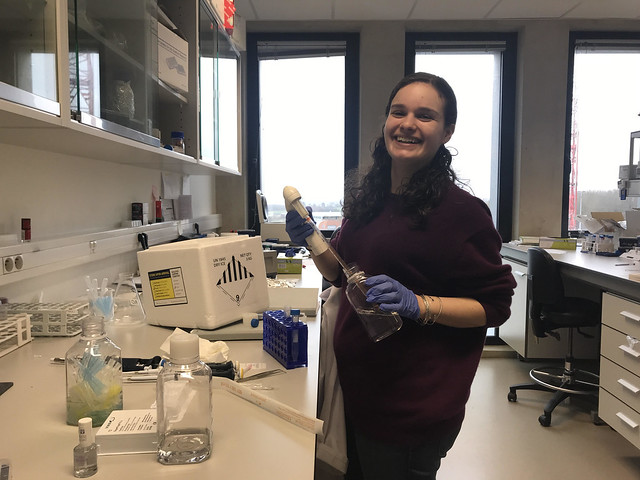 People have called me ambitious. I say, why shouldn’t I be? Without ambition I would not currently be working in the Lab of Neurobiology at VIB-KU Leuven. I would not be creating neuromuscular junctions from stem cells derived from ALS patients. I would not be attending medical school next year. I also would not have met my amazing colleagues who have made my Fulbright experience truly unbelievable. I would not have laughed at whatever joke my friend made (see photographic proof we do have fun in lab, sometimes). 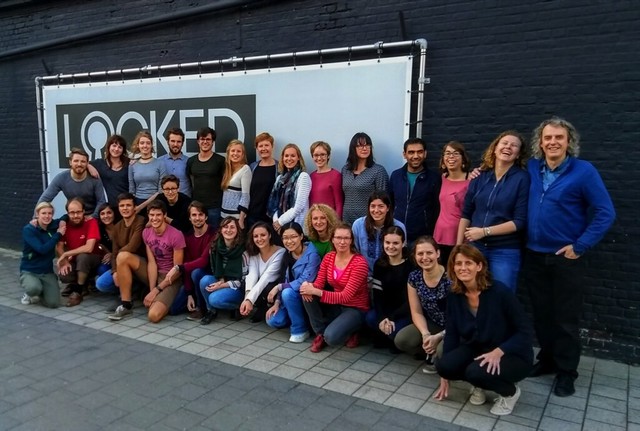 Earlier this year I also had the opportunity to attend the Transatlantic Science and Society Salon hosted by the German Marshall Fund in Brussels. The organizer of the event had reached out to the Fulbright Commission to find a “young American researcher,” and I was lucky enough to be recommended. I rounded out a group of scientists from the National Science Foundation (NSF) and EU regulatory groups, policy makers, diplomats, and journalists, all interested in recent advances in the life sciences and the political and ethical dilemmas stemming from these and future discoveries. The youngest and least experienced in the room by a number of years, I nevertheless felt my ideas heard and respected by other attendees. Following my comments on the often-overlooked unethical treatments of traditionally disenfranchised groups to further biomedical research, a division head from the NSF echoed my concerns and further enumerated issues in this area. While a miniscule moment in the grand scheme of the evening, this small validation of my way of thinking, of my values, by a woman greatly respected and admired in my field, was a personal highlight. It not only gave me the confidence to be more assertive in the conversation throughout the evening, but also reinforced in me that I am good at what I do and that my ideas are worthwhile. As a white woman, a demographic that is becoming increasingly represented in the sciences, I still feel there are times I am unwelcome in my chosen fields. This is why films such as Hidden Figures are so important. I can’t imagine what stories like these mean to women of color or members of other represented minorities both in the science and in other careers. Worldwide, representation in academic is also lacking. Later this month the Fulbright Commission has organized a lunch with two alumnae in academia who have worked in both Belgium and the United States. I am eager to learn about their experiences as women navigating academic careers on an international scale and to hear their advice for the next generation. – Emily Krasnow, 2017-2018 U.S. Fulbright grantee to Belgium]]>