I was expecting hot dogs…

I came to Belgium as an ETA, but, as my previous Fulbright posts have attested, that role has developed greatly. This event was the essence of that development. World Evening is a yearly event put on by the staff of UHasselt to showcase the international footprint of the Universiteit. It features students from across the globe setting up booths built around their cultural roots, like foods and clothes, and a contemporaneous staged show of the same topics in short segments prepped by each respective participating nation. It’s highly anticipated and even featured a surprise marriage proposal a couple years back. 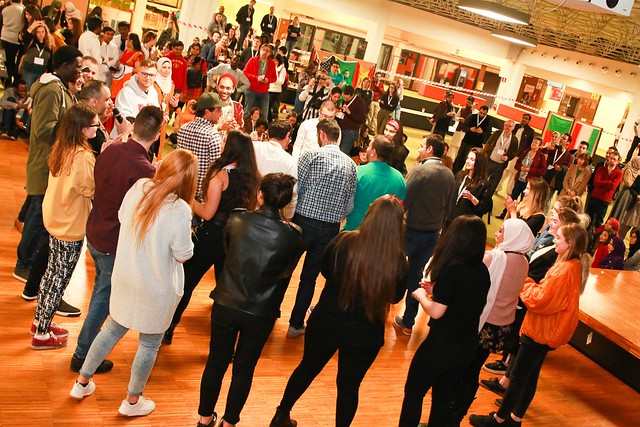 This year ran 24 booths and 13 shows, each on a different country represented in Hasselt’s student population, each with its own representatives. The show had live concerts, a cappella, catwalks, lessons on strange instruments, powerpoints, and choreographed dances, and ran for hours behind the skipping beat of participants chasing down country after country of exotic foods. Participants also wore laniards, each with the outline of a represented nation, and were charged with finding everyone else in their laniard-country-group for a prize. 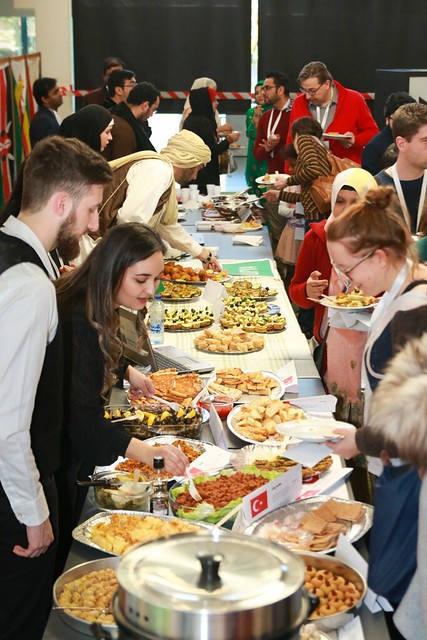 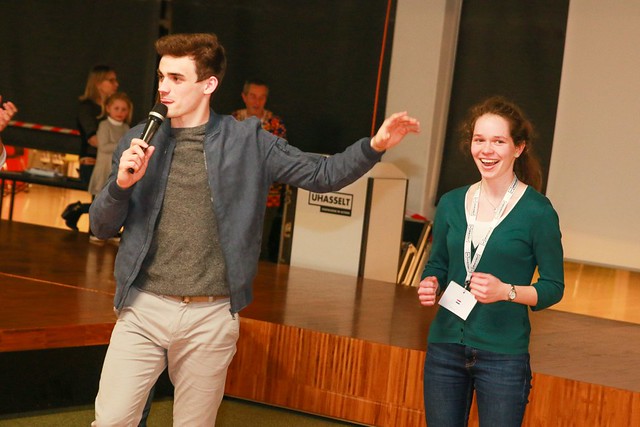 On that topic, foods and shows were voted to determine the best of each. Vietnam won the show — they had a fashion show of families, singles, and coupleswear harmonized to the live performance of a national song. Mexico won the food with an incredible spread of build-your-own tacos and local desserts [unfortunately no queso…]. My place in all of this? Well, I ran an America booth, for starters. Thank goodness Elizabeth was in town — I couldn’t have managed it without her. We didn’t have many cultural items, so I brought a football and a pair of America Chubbies, which I promptly decided had no place on a table of food. I cooked a massive pot of jambalaya that lasted hardly an hour and was a huge success. People were shocked that such a food came from the U.S., and were genuinely surprised by its taste and uniqueness. Some interesting comments: “Even though it looks horrible, I’ll try it!” “Eww, why are there so many meats…” “I made this once and this one is good!” (from a Czech girl that believed hers was the standard?) “Wait, which one is Louisiana?” “Isn’t this just French?” “Isn’t this just Spanish?” “Isn’t this just Mexican?” “I was expecting hot dogs…” People had a hard time believing we have our own thing. 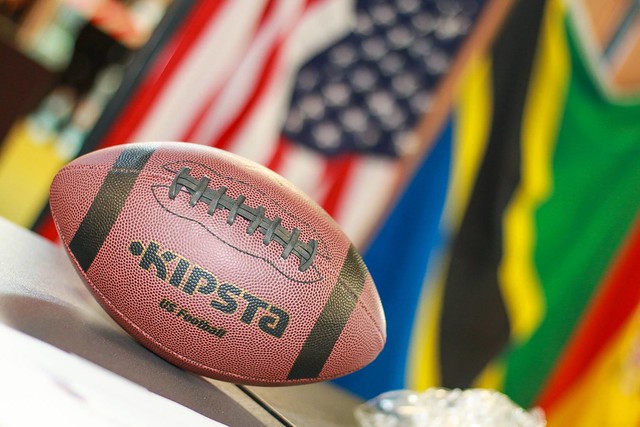 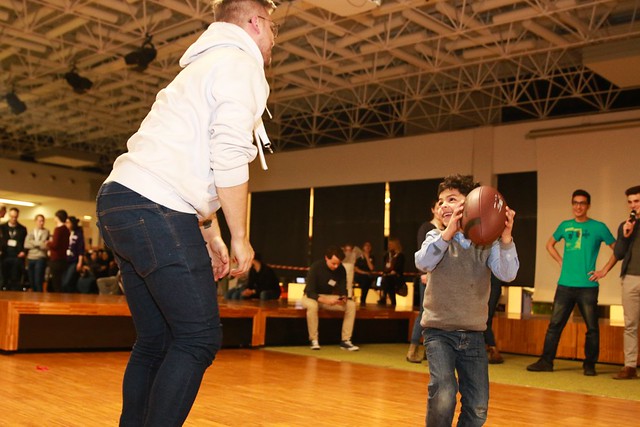 I also put on a show about American football, giving brief insight to its origins and explaining the vital positions. Afterwards, curious members of the audience joined me to take part in running a simple play, which went so horribly and was so fantastically humorous. The quarterback took the snap and jogged like a rugby player, passing the line of scrimmage and tossing it forward to a nearby wide receiver, who lateralled it to an errant runningback. I was laughing, only Elizabeth understood why, and everyone was excited to see a “real live football play!!”. I also was in charge of collecting and organizing volunteers. Having worked with the office that puts on the event in the past, I wished to help, and offered to pull volunteers from some of the student groups I’ve gotten to know. It had no teaching roll, it had no ETA-esque requirements, it was simply an event of cultural immersion and one in which I felt, as a Fulbrighter, I should have a place. Helping put on such events and rep the U.S. at them is part of my grant, so, by extension, part of my job. I also was the host. This had absolutely nothing to do with my job, but I love public speaking. So, when they asked, I happily accepted. Having a neutral English accent doesn’t hurt, and neither does having worked solely with ESL (English as a Second Language) students for the past year: I’ve become pretty experienced in knowing the right words in public settings. So, I introduced the show. I introduced all the acts. I interacted with small children when they charged the stage. I told people to shoo when we needed an area. I told people to please take your plates to the bar. The whole shebang. The event went terrifically, despite malfunctioning speakers and rambunctious audience members. People were excited about the shows of culture — exciting dances and songs were enthusiastically joined in by audience members, fashion shows drew cheers, presentations were heeded by enticed ears. The food was all gone long before it should’ve been, which wasn’t shocking considering the time and care put into all the incredible meals and the hungry stomachs perusing their mouth-watering smells. Dozens took part and hundreds showed up. The event was a success, and everyone learned something new about a foreign country, including the States. Participating, hosting, and organizing an interculturally-focused event. Not ETA work, but Fulbright work. Performing my duties. Yet, in the most unique way possible, again expanding the role for the next person (whose identity I now know, even though I don’t think they do yet!! — more on that in the next post on Language and Latitudes). I love this job. – Tres Bodet, 2017-2018 U.S. Fulbright Grantee to Belgium (English Teaching Assistant at Hasselt University) Read more from Tres on his website: https://www.languageandlatitudes.com/]]>