Musings from the Land of Enchantment 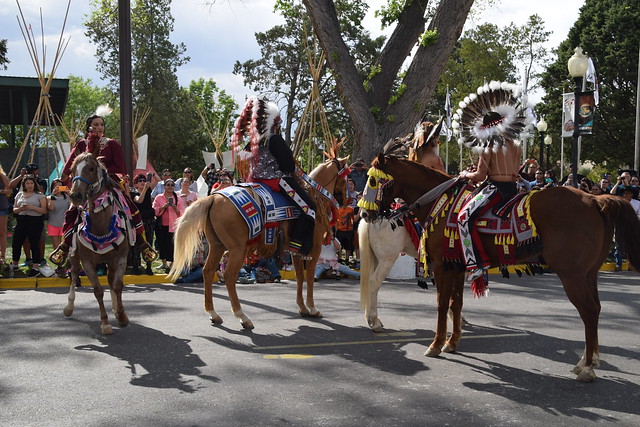 Indeed, both New Mexico’s natural scenery and its rich architectural and cultural heritage are painted with the colors of the Southwest, and many artists have noticed that even light itself is different from anywhere else. Not surprisingly, the state has become home to numerous artist colonies, most famously centered in Santa Fe and Taos. But art is in New Mexico’s veins, and other places such as Albuquerque and Silver City are now also seeing an ever increasing number of galleries and artistic events covering all possible media. The state-wide Fiber Arts Festival, for example, uniquely merges both historical Native American and contemporary fiber arts and crafts. For my own Fulbright project on the psychological effects of the use of visual images in religious belief systems, I could not have chosen a more fitting place. New Mexico’s Native American heritage is one of the most striking characteristics of this state. Cultural overviews tend to distinguish between pueblos, tribes, and nations: New Mexico houses nineteen Pueblos, three Apache Tribes, and the Navajo Nation. In some locations, such as the Taos Pueblo, members still inhabit historical adobe housing. In other places, such as Chaco Canyon, the original Pueblo occupation has disappeared, and the canyon is currently open to visitors as a National Historical Park and an archaeological site. However, many Pueblo people still consider Chaco Canyon to be a sacred ancestral land, and remain spiritual connections to it even though their residence is no longer there. 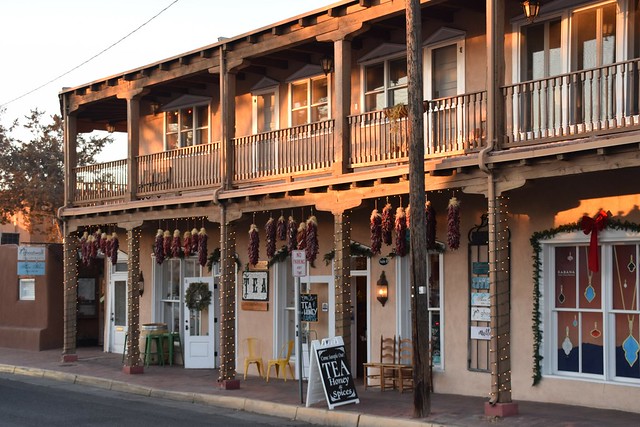 When traveling through New Mexico, it soon becomes evident that this Native American heritage is part of a very complex history that is at the same time beautiful, sad, glorious and traumatic, and that incorporates many quintessential features of the mythical Wild West. Aside from the obvious suffering related to colonization, comprehensive historical narratives also describe internal battles among Native Americans, as well as very active, large-scale resistance to conquerors, such as the 1680 Pueblo Revolt. Yet despite such nuances, this colonial history still has its traces today in the socio-economic difficulties faced by people of Native descent. Pueblo and tribal languages are threatened with extinction, and many Native Americans still inhabit Indian reservations, which are often enclaves away from the main metropolitan areas. This relative isolation complicates access to education, employment, and even health care and adequate nutrition. 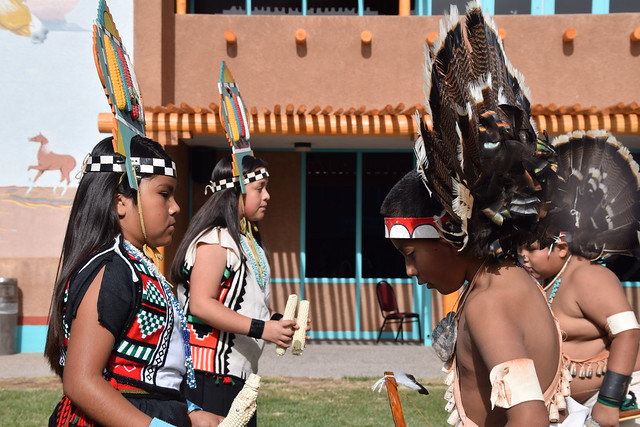 However, the Pueblos’ cultural resilience is remarkable, very visible, and ever increasing. Members of the 19 Pueblos of New Mexico perform traditional dances in dedicated locations such as the Indian Pueblo Cultural Center in Albuquerque, or in their own Pueblo lands. They sell elaborately crafted jewelry and decorative objects in places such as the Old Town Plazas of Santa Fe and Albuquerque, and will happily show videos of their traditional craftmanship and manual techniques on their iPads. Larger groups such as the Navajo have begun a revival of their language through radio programs and instruction in their own newspaper. The Zuni sun symbol on the state flag is widely spread throughout popular culture, clothing and advertising. Overall, Native American heritage is embraced, revived, and shown to outside audiences. During the past eight months, I’ve had the privilege to witness, among others, traditional harvest ceremonial dances in the Jemez Pueblo, ancient Pueblo petroglyphs while exploring the New Mexico deserts, and the Gathering of Nations, which brings together almost a thousand tribes from Canada and the United States in a magnificent and proud celebration of Native American cultures. 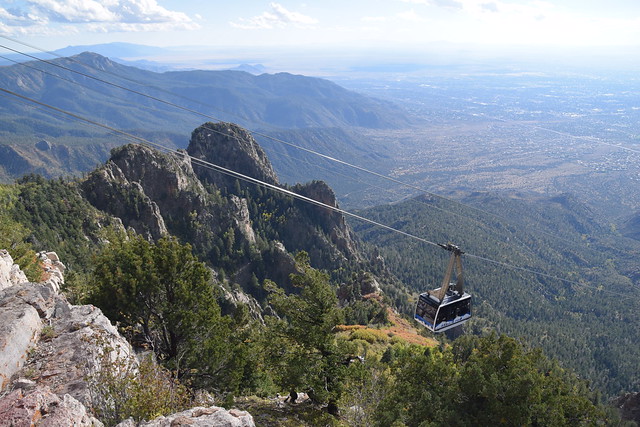 Yet New Mexico’s magic is not only about the arts. Its nature and scientific activities also speak to the imagination. The state houses ecological zones ranging from mountain forests and badlands to the famous White Sands. The unusually sunny and dry New Mexican weather creates skies so clear that several astronomical observatories have been set up throughout the state, such as the Very Large Array close to Albuquerque. At the same time, the state’s relative quietness and its secluded areas were chosen as the sites for secretive government activity, such as the Los Alamos National Laboratories, which were involved in the Manhattan Project to produce the first nuclear weapons. The remarkable character of New Mexico also extends into space, as the town of Roswell is still rumored to bear evidence of UFO and alien presence. At the same time, New Mexico’s socio-economic struggles remain significant. It tends to rank low in national comparisons of education levels in all 50 states, and high in similar lists on crime and poverty. Despite these difficulties, countless small and large-scale initiatives are being taken state-wide, coming from state and city government levels as well as from individual entrepreneurs and associations of different pueblos. The Indian Pueblo Cultural Center in Albuquerque, for example, is not only built on collectively owned Native American land, but is also jointly run by the nineteen Pueblo’s. Meanwhile, New Mexico is gradually becoming increasingly well-known for assets such as outdoor tourism, or more recently, a booming network of craft beer breweries. 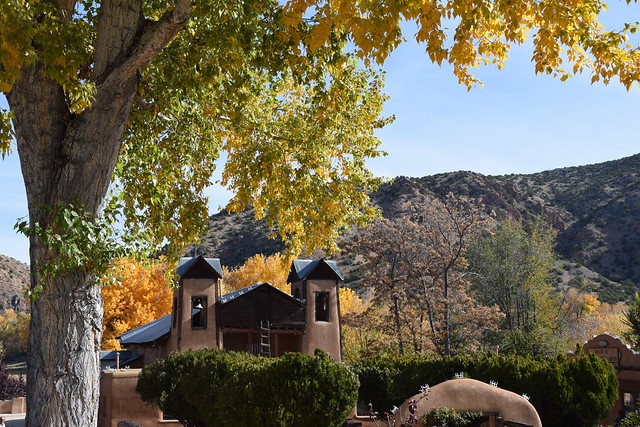 The local Chicano writer Rudolfo Anaya noted that “I have traveled to many places but have no desire to leave New Mexico.” This sentiment has become increasingly familiar to me over the course of my stay in this state. Yet New Mexico’s Native heritage provides a beautiful approach to eventually having to leave the Land of Enchantment. Most Pueblo languages have no word corresponding to the English concept of ‘goodbye’. Because life and existence are considered cyclical, all will eventually return either in the near or far future. Since parting ways is therefore temporary, the Pueblo Indians choose not to say goodbye, but instead use Native language equivalents of “see you next time,”, “see you later,” or, “until we meet again.” Eveline Seghers is a 2017-2018 Belgian Fulbright post-doctoral researcher to the University of New Mexico, Albuquerque. A graduate of Ghent University, her research — “Shadows of Divine Perfection” — focuses on an evolutionary exploration of religious imagery. Articles are written by Fulbright grantees and do not reflect the opinions of the Fulbright Commission, the grantees’ host institutions, or the U.S. Department of State.]]>