The Rules of Baseball 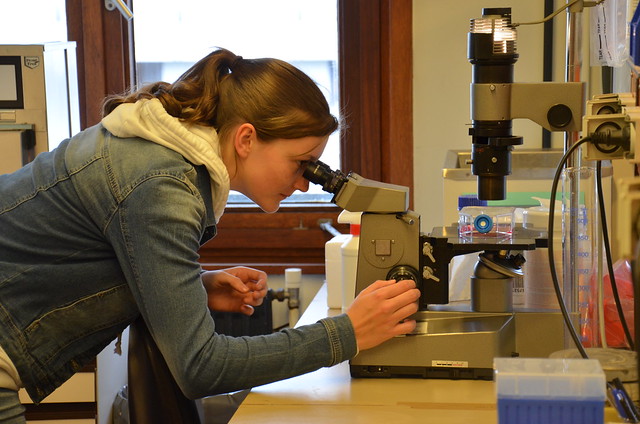 Fast forward another three months and two classes worth of students are seated in a large white-washed conference room. Their attention was glued to world renowned Dr. Francoise Meunier. She’s the Director General of EORTC (European Organization for Research and Treatment of Cancer). During the day, the students listened to ten scientists and researchers and took a tour of the facility and laboratories. “This is so cool, I cannot believe we are here!” mentioned one of the scientifically minded students. I immediately thought of Kate Hartmann when the student leaned over to tell me and thought it wouldn’t have been possible without her help. Kate was a Fulbright Fellow that worked at EORTC and was the lynchpin for the visit that day. EORTC is an international non-profit research association under Belgian law conducting clinical trials in Europe since 1962. It’s the only organization which carries out clinical trials at an international level for all types of cancer. EORTC brings together a network of 2,500 cancer specialists at more than 300 institutions around Europe to achieve its goals. They are about 6,000 new patients entered in about 30 different EORTC clinical trials every year. https://www.youtube.com/watch?v=9VOHt1oULJ0&t=1s “Agh, it’s a little Jerry…hey, the little mouse has no hair!” I barely caught the students talking in French as they pressed their bodies into the glass. “Yeah, you meant Tom and Jerry?” I whispered to them. Five students were standing around a large terrarium like structure. They gazed at a small jittery little mouse that had a tumor. The white coated and blue gloved scientists swarmed around our little group. I backed into the corner and watched the events unfold. The students intently watched every movement of little Jerry and were mesmerized by the experiments that unfolded before their eyes. Wait for it, wait for it. Almost in unison they all began to throw a series of fast balls in the direction of the busy researchers. “Hey, just wait for the curves!” I thought to myself. “This is nothing like the laboratory at school!” a student excitedly told me. 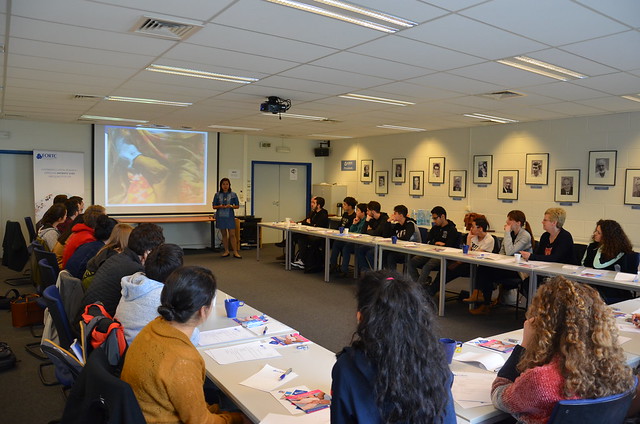 We were escorted from laboratory to laboratory and participated in ongoing experiments. A couple of famous scientists enlisted in our entourage. Jean-Pascal Machiels, the Head of the Department of Medical Oncology at the Cliniques Universitaires Saint-Luc talked to the students. Pierre Coulie at de Duve Institute jumped into one group and discussed ongoing experiments with test tube in hand. The students gravitated around him as he raised the test tube in the light and visually analyzed its contents. As we finished our little tour and said our goodbyes, I noted some of the students were in deep thought. The ball machine was temporarily placed on pause, and you could see the mechanical wheels turn inside their heads. We left the building and began our long walk to the train station. Then, about half way through our walk, one of the students asked one purposeful question. “I, I think I want to do something like this. I mean, I think I want to help people,” he slowly said. “Do you think I can do it?” I turned to him and said, “Do remember when we talked about the rules of baseball?” “Yes, I remember some of the rules,” he curiously answered. “Well, I think you will knock it out of the park.” He stared at the ground as we walked, slowly smiled and blushed slightly in this face. “I understand this phrase you say, thank you.” Jason Cockman is a 2017-2018 American Fulbright English Teaching Assistant to Belgium. He has spent the past year teaching in two secondary schools in Brussels. Articles are written by Fulbright grantees and do not reflect the opinions of the Fulbright Commission, the grantees’ host institutions, or the U.S. Department of State.]]>