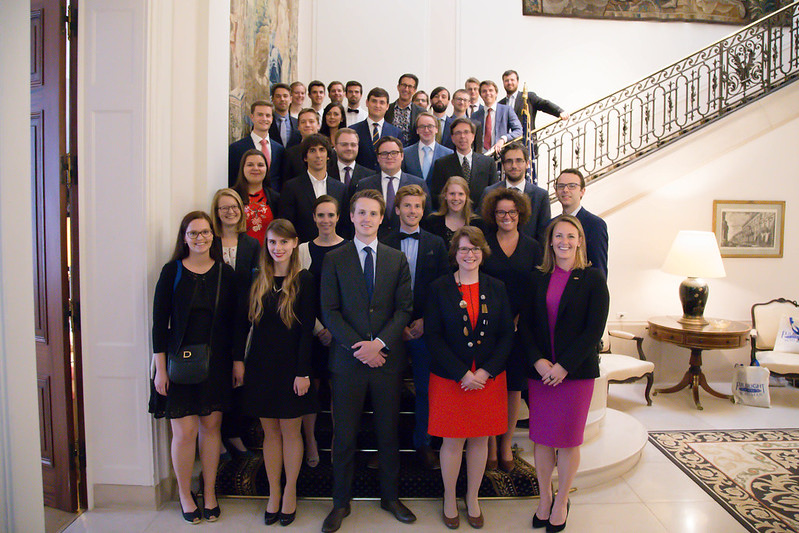 At Pre-Departure Orientation, grantees receive information about the Fulbright Program, including tips about applying for the J-1 visa and making the most of their time in the United States, hear from alumni of the program about their own experiences, and have the opportunity to meet and network with one another. This year’s orientation was attended by 33 grantees, including 23 Belgian students and scholars, two Luxembourgish grantees, and eight Fulbright-Schuman grantees from across the European Union. They represent a diverse range of ages, backgrounds, and areas of study ranging from moral psychology to competition law to  Latin lyric poetry. And as their host destinations are equally diverse — from Hawaii to Oklahoma to Massachusetts — this event marks the only time that the grantees will be together until their return to Europe as alumni. 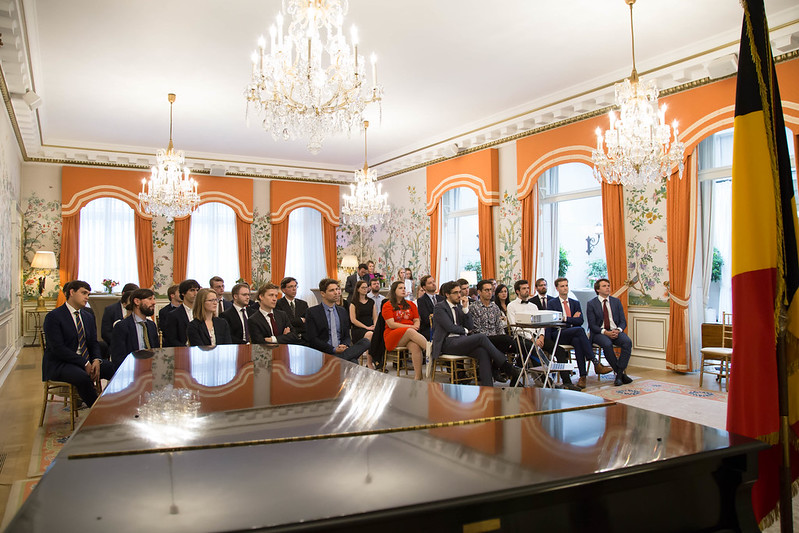 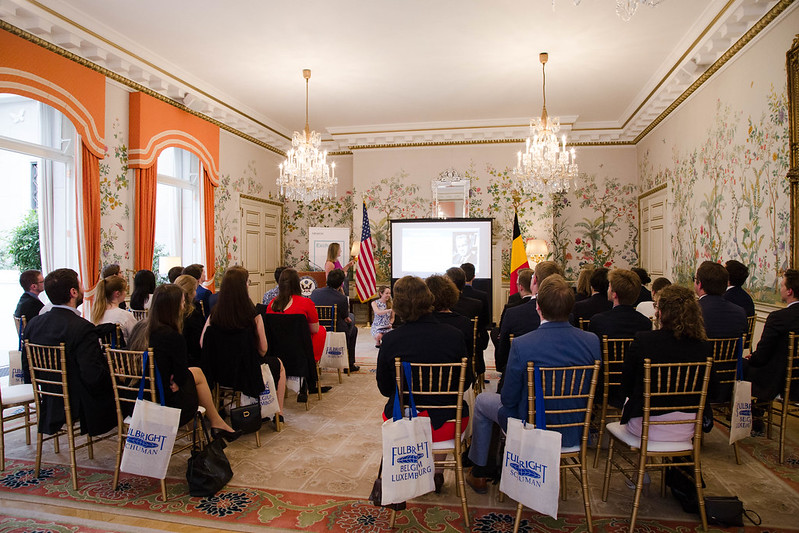 Grantees were first briefed by the staff of the Fulbright Commission in Brussels, Executive Director Erica Lutes and Program Manager Elisabeth Bloxam. They they had the opportunity to hear from three recent alumni of the Fulbright Belgium and Fulbright Schuman Programs: Ms. Sarah Benzidi, who received a Fulbright grant to pursue an LL.M. at Harvard Law School, Mr. Dorian Feron, who received a Fulbright grant to pursue an LL.M. at Columbia Law School, and Mr. Alessio Terzi, who conducted research at Harvard University on a Fulbright-Schuman grant. Finally, grantees learned how to ‘fail intelligently’ in a presentation by Ms. Nicole Van Hoeck of Academy 404. But first — introductions! Grantees were challenged to introduce themselves ‘American-style’, sharing their research, destination, and a fun fact about themselves. 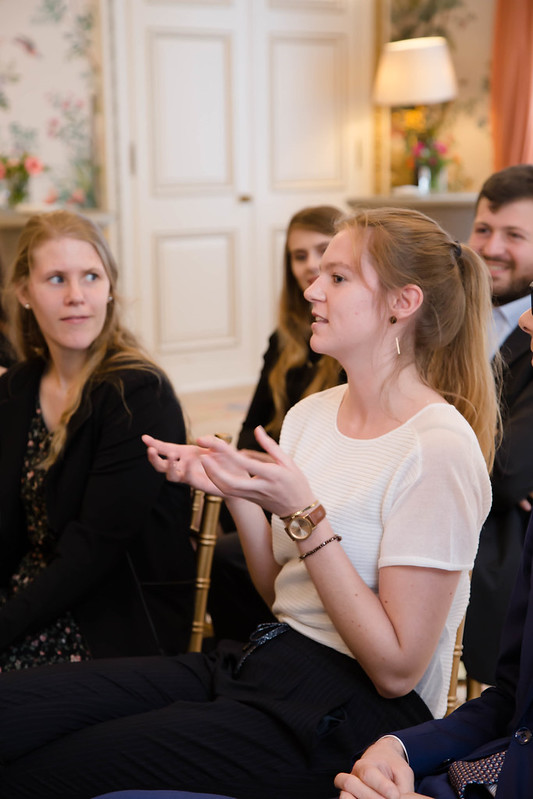 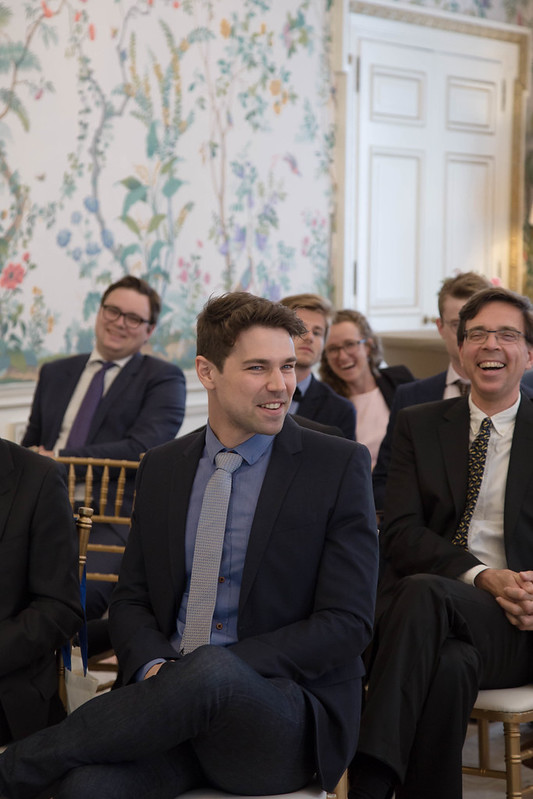 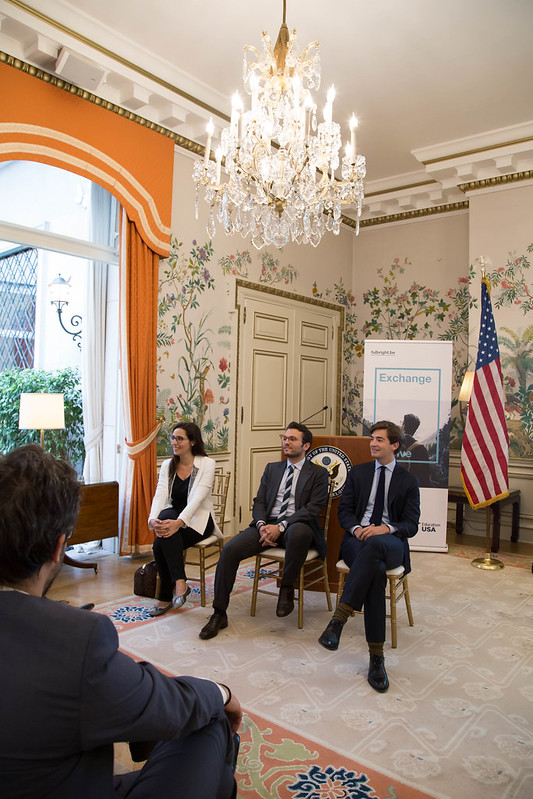 The orientation was followed by a reception hosted by Chargé d’Affaires Matthew Lussenhop in honor of 2017-18 and 2018-19 Fulbrighters to and from the Fulbright Belgium, Fulbright Luxembourg, and Fulbright Schuman Programs. Invited guests included alumni of the Fulbright Program in Belgium, program stakeholders, and representatives of the Belgian universities who welcomed Fulbrighters this year. 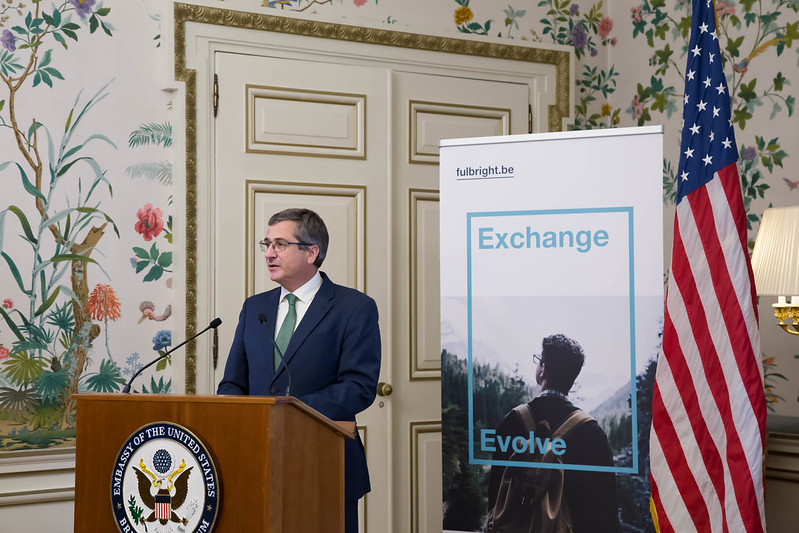 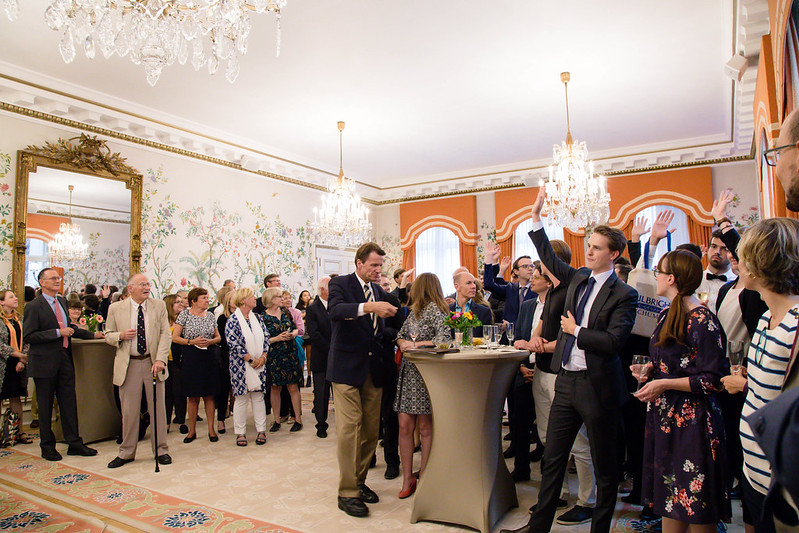 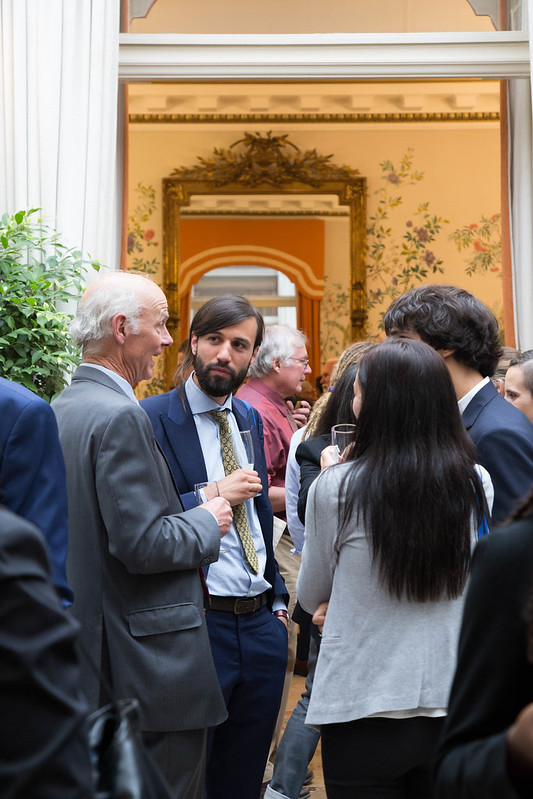 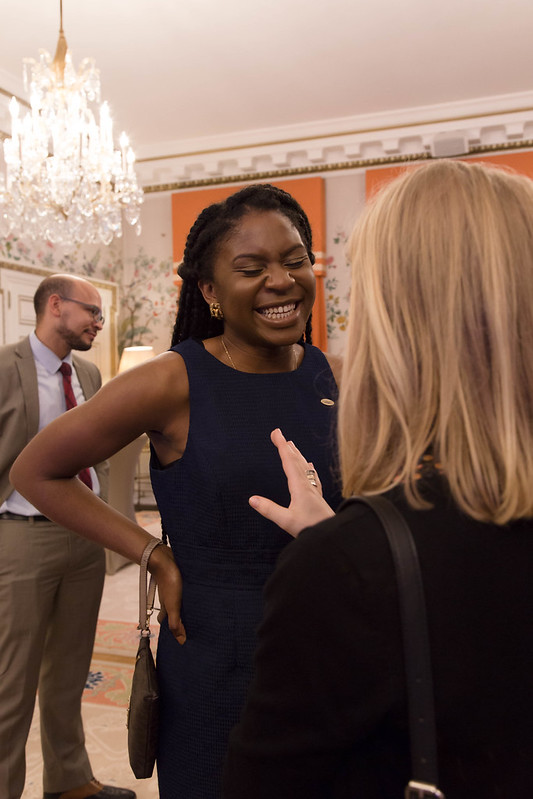 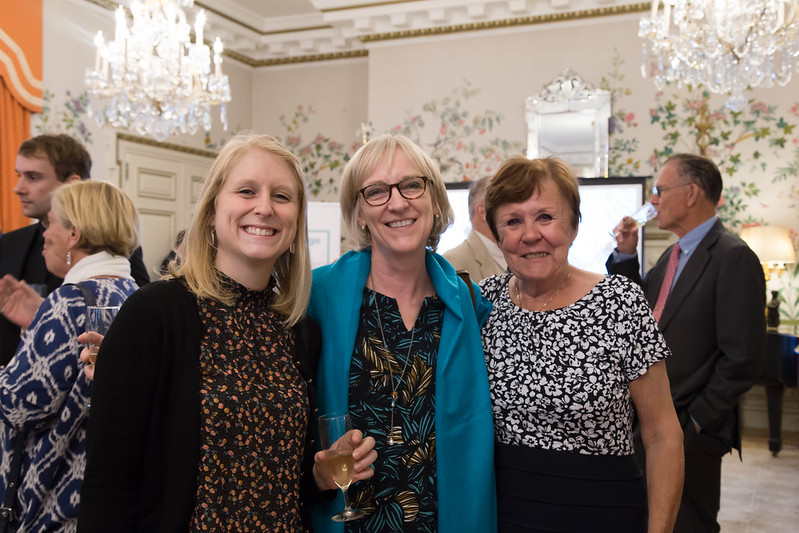 The Fulbright Commission would like to thank our colleagues at the U.S. Embassy to Belgium for hosting the 2018 Pre-Departure Orientation and reception, as well as the many grantees, alumni, stakeholders, and board members who made the evening such a success! To see more photos, please check out our Flickr page.]]>

pre-departure reception us embassy to belgium
Prev Article Next Article