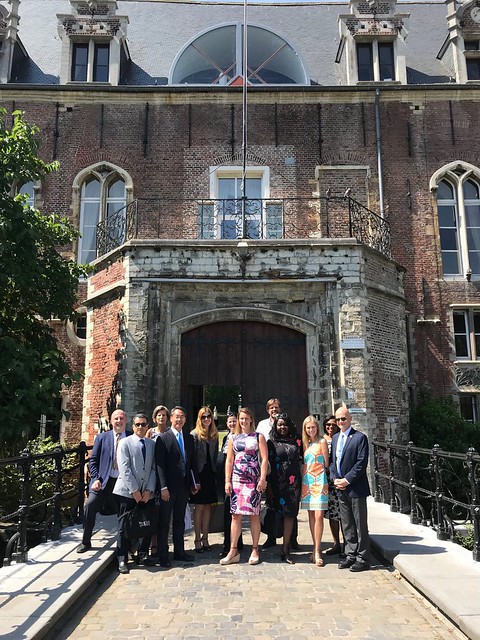 As these higher education professionals traveled across the world to participate in the short but jam-packed Flanders Inspires tour, we wanted to make sure they were able to see all that Flemish institutions had to offer … all while enjoying delicious Belgian beer and chocolate of course! On Monday morning, the participants had a very informative day starting at the Flemish Parliament, where they learned about the ins and outs of Flemish involvement within the country of Belgium. After lunch they traveled to the European Commission where they participated in multiple presentations with representatives from the Flemish Parliament, the European Commission’s Directorate General for Education, Youth, Sport and Culture, the Public Affairs section of the U.S. Embassy to Belgium, and the Fulbright Commission. The evening was spent getting to know each other in a more informal setting at the Errerahuis during a networking reception hosted by Freddy Evans, Secretary General of Flemish Foreign Affairs, and attended by many Flemish university representatives. The evening was filled with great conversation and delicious Belgian food. 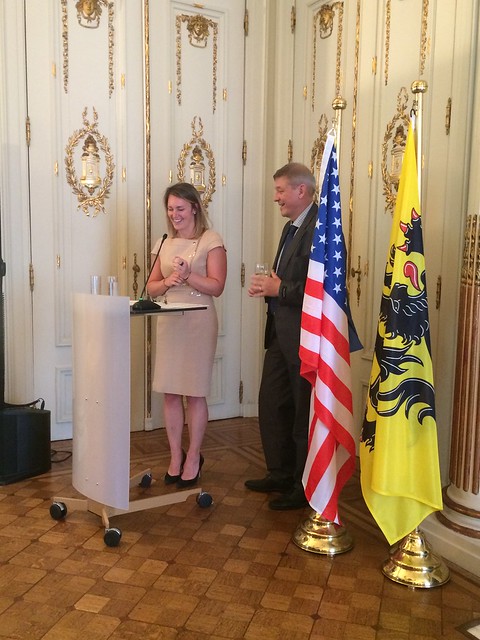 Bright and early on Tuesday morning, I set off to Ghent with the Flanders Inspires participants and got to experience Brussels morning traffic via car for the first time. (The ready and available coffee machine on the bus made the morning much more amusing!) After touring Ghent University’s satellite campus and learning about specific university statistics, we were fortunate enough to be welcomed to ProDigest for lunch. The co-founders presented their spin-off business plan and how they have been the leading digestive research company in Europe for the past three years. (I know you’re wondering, and yes, we did have an extremely healthy lunch.) Their business has grown so immensely that in order to stay on Ghent’s campus, they will soon have to move out of the incubator and construct their own laboratory. Before leaving campus, we took a brief tour of the foul-smelling — but very interesting! — ProDigest lab, where human digestive-like contraptions were housed and used for research. 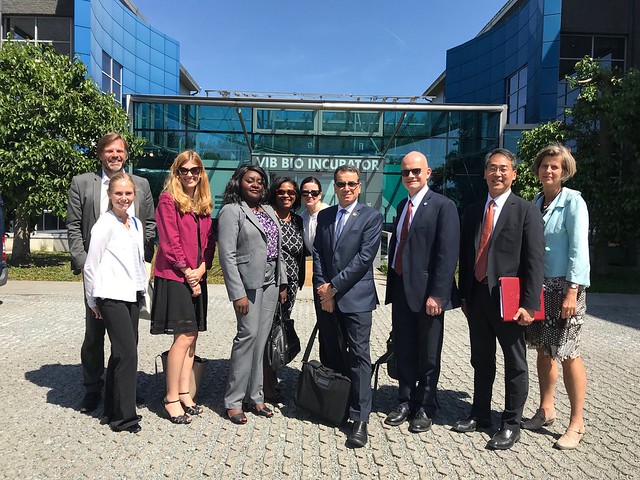 In the evening we took a guided walking tour through the city of Ghent where we were greeted with beautiful canal views and the crave-worthy smell of waffles. It was wonderful to learn about the rich history of the city before settling down for a five course dinner and a view of the sun setting over the old city canal to close out our second day together. On our final day, we set off for Leuven on the Flanders Inspires party bus. The day started with information specific to KU Leuven and its studies and research — and with lots of coffee for our jet-lagged participants! After very informative sessions, we strolled over to the KU Leuven University Library to hear more from current professors and researchers. Lunch at the KU Leuven Faculty Club was a beautiful retreat, greeted by the Vice Rector and even the mayor of Leuven, and it really set the tone for the enjoyable evening to come. The lunch was filled with conversation — and delectable chocolate mousse — to really connect the American professionals with the faculty at the University of Leuven. Following, lunch we ventured away from the main campus to see the beautiful engineering and science campus and learned more about their student and staff diversity in specific programs. We then journeyed to the bustling biomedical campus, the largest hospital system within Belgium. In this metropolis of a medical school, we learned more about the endless areas of medical research funded by KU Leuven and conferenced with a neurosurgeon about his role at KU Leuven. 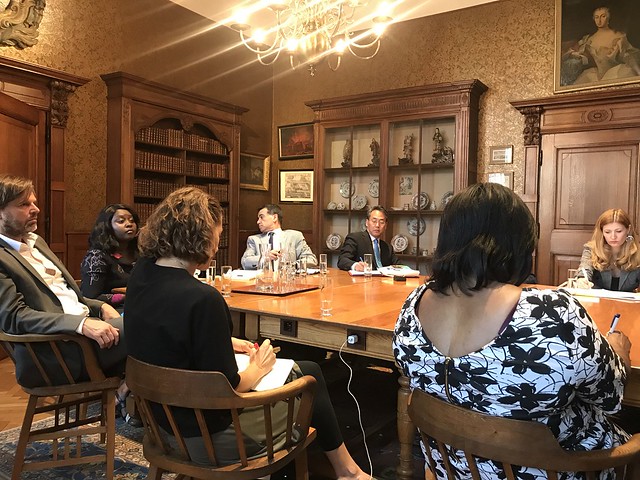 The evening was filled with multiple surprises and delectable treats. Starting at Bittersweet, a Flemish chocolatier spoke to us about his company and let us taste one-of-a-kind chocolate treats. A short stroll back to the center of the city was enough to make us crave more, and the perfect time to start the native Belgian beer pairing menu at the traditional restaurant Mykene. Over the most amazing food and beer, program participants were able to reflect on the detailed information we were presented with during the previous days and the worldly connections that we take back to our home institutions. A somber bus ride home ended with big hugs and thorough goodbyes. It was a great experience to help show American academic professionals around the country I’ve called my own for the past couple months and shown a whole new light on Flemish institutions I am surrounded by. 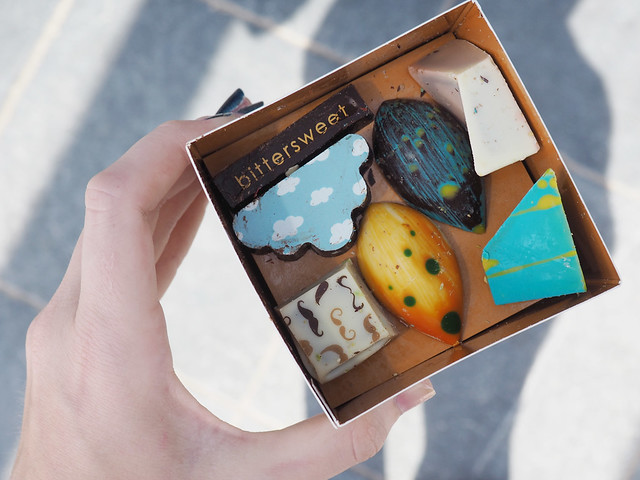 What did participants think of their time in Flanders? For some, it was an opportunity to learn more about a region that punches above its weight: “The program is an invaluable opportunity to learn more about a very dynamic part of the world which plays a critically important role in the global economy.” For others, it was the role of higher education institutions in the Flemish economy and society that had the greatest impact: “The multisectoral partnership between the Flanders government and higher education system to drive regional, multinational, and transnational scientific and technological innovation for economic development and social impact was indeed inspiring. [The experience] contextualized the rich history of Flanders with an in-depth understanding of the contemporary opportunities and challenges for international partnerships in strategic internationalization.” But perhaps one participant, already planning her return trip to Belgium, said it best: “I am honored to have been on part of the first Flanders Inspires International Visitors Program that is focused on Higher Education. The program was a great opportunity to learn about the region, its rich history, and great institutions. This was my first visit to Flanders, but will definitely not be my last!” This article was written by Fulbright Commission intern Tara Dunaway, who joined university representatives in Brussels, Ghent, and Leuven. Thank you to the Flemish Foreign Ministry for organizing such an exciting initiative and for inviting the Fulbright Commission to be a part of it!]]>