How Did I Wind Up Researching in Leuven?

Dr. Anthony J. Zera is a 2017-2018 Fulbright Scholar and professor at the School of Biological Sciences at the University of Nebraska. He has spent the past several months in Leuven, conducting research on “The Role of Hormones as Regulators of Evolutionary Adaptations” at KU Leuven. Below, he reflects upon the decision to apply to the Fulbright Program in Belgium. During the last few decades I had several short-term (few weeks; non-Fulbright), research experiences in foreign countries, such as Japan and China, which were among the most enjoyable experiences of my academic career. Recently, I became very interested in obtaining a Fulbright Scholar Award to teach and do research in a foreign country for a longer period of time, where I could not only have a productive research and teaching experience, but also would have an extended immersion in a foreign culture. At about the same time, I started writing a book on a newly developing area of biological research, that is my main area of study: the evolution of hormones. I wanted to use my Fulbright award go to a biology department that was strong in aspects of this field with which I was less familiar, to aid in writing parts of the book. In addition, I was interested in teaching a graduate course in this same research area. 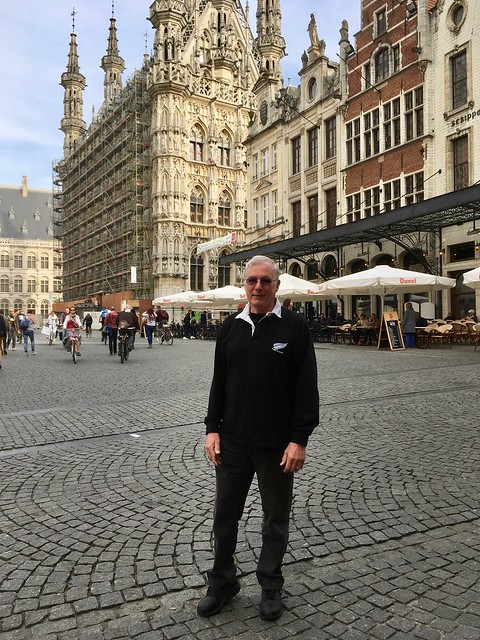 The Biology Department at the University of Leuven (KU Leuven), Belgium fit the bill with respect to my research and teaching goals. There are several world-renowned research groups at KU Leuven, working on important aspects of hormone physiology and molecular biology, research areas with which I had only limited knowledge. I contacted one group-leader, who was happy to host my Fulbright Award. I also contacted a variety of other faculty in the Biology Department, asking if they were interested in my teaching a course on the topic of hormonal evolution (graduate courses at KU Leuven are taught in English). My idea was to not only teach a course in a new research area, but also to teach an integrative course that would help bridge the gap between evolutionary and molecular studies, sub-disciplines that often don’t interact as much as they could. I was very pleased to receive an enthusiastic response from the head of the Ecology and Evolution section at KU Leuven. He was particularly excited about the integrative nature of my proposed course and took the lead in having my course listed as a formal course in the Biology Department curriculum, contingent upon by being awarded a Fulbright. 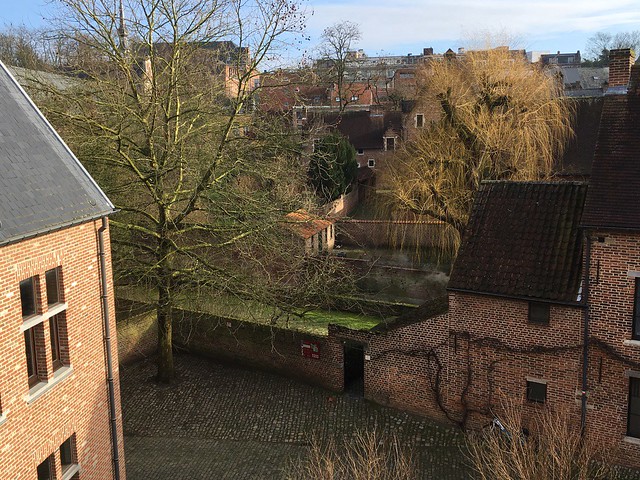 KU Leuven proved to be a great choice. Leuven itself is a wonderful place in which to live (about 20 miles east of Brussels). It combines the charm of a smallish, old Medieval city, that contains numerous, stunning Gothic buildings, with the vibrant atmosphere of a “college town”. You can reach any destination in the city by foot in 30 minutes, and there are far more bicycles than cars. More than half of the approximately 100,000 residents of Leuven are students, resulting in numerous restaurants, cafes, bars, etc. The intellectual atmosphere of KU Leuven was exhilarating. I spent most of my time researching material for my book, writing and teaching. In addition, I attended weekly laboratory meetings of my host lab, where I learned a lot about the nuts and bolts of cutting-edge insect hormone research, about which I was only distantly acquainted. I also had numerous meetings with world-class researchers at KU Leuven, at other universities in Belgium (e.g., University of Ghent), and at universities in other countries (e.g., Cambridge, England), which were very helpful with respect to writing some of the book chapters. I also gave several seminars of my own research. 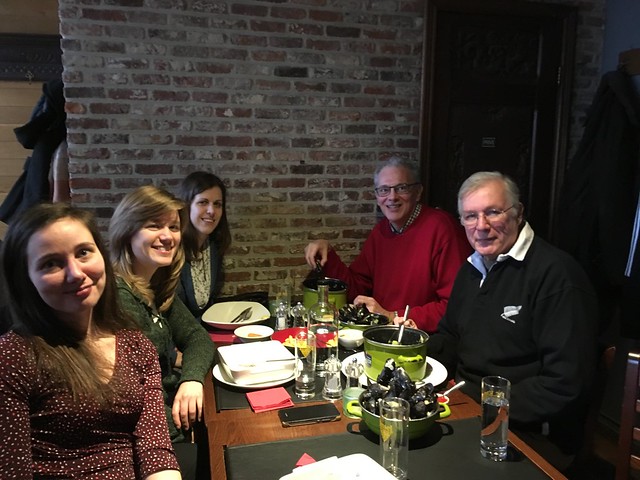 What advice would I give scholars interested in applying for a Fulbright Scholar Award—to Leuven, or in general? First, the obvious: develop an interesting, creative program of study, one that fits well with the strengths of the host institution, and which will be beneficial both to your own intellectual development as well as making an important contribution to the host institution. Second, take advantage of the various local workshops and webinars offered by the Fulbright Commission and your local educational institution. I found them to be extremely helpful not only with regard to deciding which country to apply to, but also with respect to developing my specific plan of study. Personal discussions with visiting Fulbright program officials were the most valuable. Finally, it is very important to communicate early with potential hosts and department members. This will allow you to develop a plan of study that fits well with the host institution, often in ways that you never would have thought of before directly contacting the locals. In my case, my Fulbright plan of study improved dramatically twice, first after sending a draft to my host faculty member, and a second time after communicating with other faculty in the department about my teaching a formal course. I feel that my interactions with departmental faculty, in particular, strengthened my proposal, because it showed that I had given a lot of thought to the proposal, that I had put in the effort to communicate with departmental faculty, and that the host department was enthusiastic about by visit. Articles are written by Fulbright grantees and do not reflect the opinions of the Fulbright Commission, the grantees’ host institutions, or the U.S. Department of State.]]>