Opening Doors from USA to Molenbeek 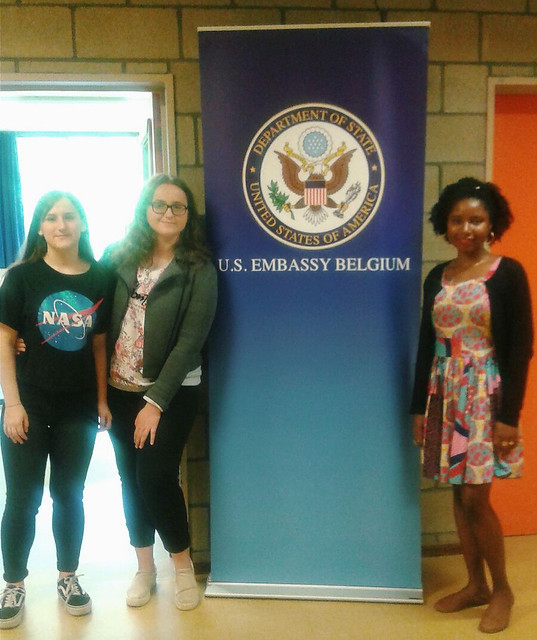 I later found out that Wednesday May 9 was the Serge Creuz Open Doors Day. This was a day in which the students presented their projects, talents, and coursework. Parents and students from both this school and others came to see what exactly was going on in the classrooms at Serge Creuz. If the visiting students were impressed, they could choose to enroll in this school for the next academic year. My job was to introduce myself to people visiting the English classroom and play a Jeopardy game that I created for my classes. In between replaying the game with the many groups of visiting students, teachers, and parents that wandered in, I had a chance to walk around the school and see what the students had worked on this entire school year. 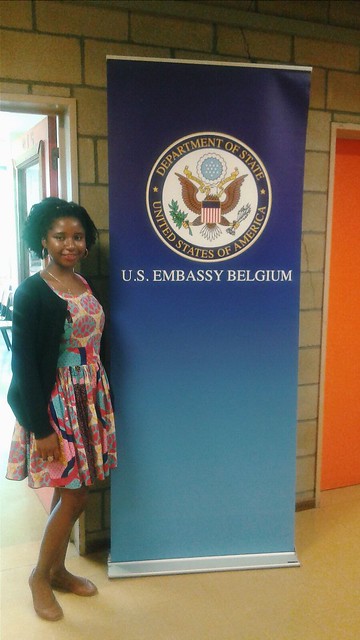 I was amazed by that my students had accomplished, particularly the third-year secondary school students (equivalent to high school freshmen). It was evident to me that they were very bright when I taught them in class, but their projects were simply astounding. They had built incredible models and dioramas for science classes and invented board intricate games; they created high quality documentaries, music videos, movie trailers, puppet shows and so much more. I had known that they were making great strides in English class, as the students were more comfortable speaking in class and more engaged in activities. It was wonderful to see them excel in other areas. 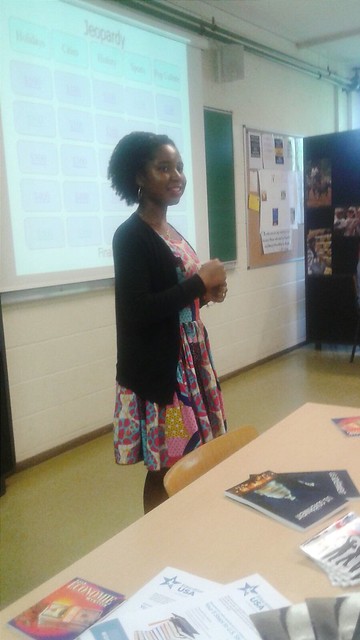 As I left the Open Doors Day, I thought back to my first days in Belgium. Whenever I had explained to people that I would be an English teaching assistant at a secondary school in Molenbeek, they always to had an expression on their faces that seemed to say “Godspeed”. I was told to be strong and warned that my students will be rough and tough and may even try to fight me. Nothing could have been further from the truth. My students were friendly, funny, clever, and eager to learn. I nearly started laughing on the metro as I remembered as the fearful, pitying, “Godspeed” looks that had at one point made me incredibly nervous to start teaching. They were so wrong. Hannah Menelas is a 2017-2018 American Fulbright English Teaching Assistant to Belgium. She has spent the past year teaching in two secondary schools in Brussels. Articles are written by Fulbright grantees and do not reflect the opinions of the Fulbright Commission, the grantees’ host institutions, or the U.S. Department of State.]]>