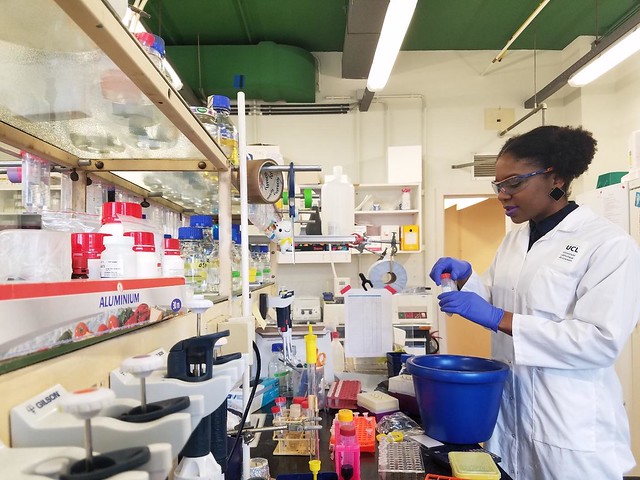 One of the most rewarding experiences I had as a scientist was at our lab retreat in Cadiz, Spain, where several labs across Europe met to present our research. During a career panel discussion, I looked around the room and saw 40+ scientists but no people of color. I raised my hand and asked, where are the women and people of color in leadership positions? The majority of people at this retreat are women, yet all of the people in charge of these labs are white men. Although extremely nervous, I felt obligated to be a voice for underrepresented (UR) minorities. As the only black voice, the only American voice; I could not allow the fear of asking a controversial question overshadow the opportunity to spark cross-cultural dialogue about the need for diversity in the sciences. There was a pause followed by empathetic sighs and laughter. It was clear that they understood the gravity of my question and the paradox of discussing the need for diversity with a non-diverse panel. One of the panelists, the head of a major research institute in France, stated that they were deeply committed to diversifying science, technology, engineering, and mathematics (STEM) fields and had created task forces to increase the number of women in leadership positions. The other panelists echoed similar sentiments which prompted a passionate discussion about gender discrimination and implicit biases in STEM. Some made the point that increasing paternity leave would discourage employers from assuming that women would need more time off from their jobs than men. Others shared feelings of discouragement from seeing a room filled with female scientists only to see leadership roles filled by men. After the panel discussion, a few women expressed their gratitude for my question and I felt extremely proud for having the courage to embody the heart of the Fulbright Program. Although my question was well-received, as the panelists and audience focused on gender, my point about race was lost. I was not surprised that this happened, being the only person of color in the room, I recognize that people tend to focus on issues that they identify with. This further highlights the need for representation in these spaces so that UR groups will be supported and their needs addressed. Regardless, I am happy that I brought the issue to people’s attention. I hope that they will be sensitive to the challenges with representation of people of color in STEM moving forward. 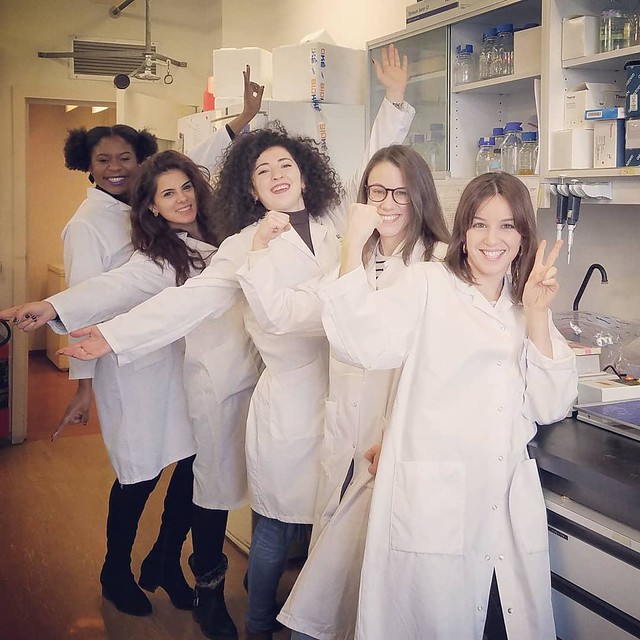 Related to my passion for advocating for UR groups, I created the @fulbrightnoir Instagram account to share the stories of black Fulbrighters. After meeting the first black Fulbrighters that I knew through Instagram, I wanted to encourage prospective UR applicants and UR groups within Fulbright by showcasing the diversity that exists within the program. In addition to the @fulbrightnoir community, I connected with a Belgian woman through Instagram who introduce me to Matonge, an area central to the Congolese community in Belgium. This was the first time I was surrounded by people that looked like me and I felt right at home.

We’re black and #Fulbright. Black history is American history ✊🏾✊🏾✊🏾 Thank you to everyone who has shared and continues to share their #Fulbright journey. . . Happy Black History Month!

My advice to future Fulbrighters is to be open to meeting people through various platforms. Be creative, committed, and unyielding while creating your new home abroad. Social media was instrumental in building my social networks and finding social scenes that I missed direly in the U.S. Instagram connected me with a new side of Brussels that transformed my experience from great to perfect. Chiamaka Ukachukwu is a 2017-2018 Fulbright Student Researcher to Belgium. A recent graduate of the University of Michigan, Chiamaka is conducting research in bacterial resistance in E. coli at the De Duve Institute. Articles are written by Fulbright grantees and do not reflect the opinions of the Fulbright Commission, the grantees’ host institutions, or the U.S. Department of State.]]>
Prev Article Next Article