September 15 till December 1 (at noon)

Review eligibility requirements below and include all required documents in your online application.

*Please note that we do not require supplemental forms such as a letter of your home institution or official exam results (e.g., TOEFL). However, it is optional to include these test results in the appropriate application fields.

The application period to apply for this grant is between September 15 and December 1 for applicants who intend to start their program in the next academic year.

Applicants to the Harvard Boas Awards must meet all eligibility requirements for the Fulbright Program in Belgium, and must submit an online application to the Fulbright Commission by December 1. Simultaneously, applicants must apply to the graduate degree program of their choice at Harvard University. No papers should be mailed to our office and it is not required for applicants to contact us before starting their application. Incomplete applications will not be considered for an award. 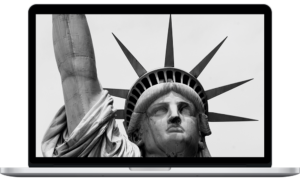 The most competitive applicants for Harvard Boas Awards demonstrate that Harvard is their top choice university in the United States. It is important for candidates to be able to articulate a clear, creative, and feasible plan for their time at Harvard, why right now is the right time to pursue this plan, and how it will ultimately help them achieve their personal and professional goals in the future. Visiting Researchers are eligible to apply, but preference will be given to candidates seeking degrees.

In 1964, Mr.and Mrs. Maurits C. Boas, who had come to the United States from the Netherlands in 1940, endowed a generous and unprecedented scholarship program at Harvard University for the benefit of young scholars from Belgium and Luxembourg: the Frank Boas Scholarship for Graduate Study at Harvard. Together with a travel grant from the Commission for Educational Exchange (the Fulbright Commission) in Brussels, this scholarship provides both a full year of graduate study at Harvard and an opportunity for travel in the United States. Two years later, Mr. and Mrs. Boas established an equally generous scholarship for graduate study at Harvard Law School, open to candidates recommended by the Fulbright Commissions in Austria, Denmark, Iceland, The Netherlands, Norway, Portugal, and Sweden, as well as Belgium and Luxembourg: the Frank Boas Scholarship for International Legal Studies at Harvard Law School.

Mr. and Mrs. Boas were inspired to create the Boas scholarship programs as a result of the experience of their son, Frank Boas, a graduate of Harvard College and Harvard Law School, who served for many years as a Board Member for the Commission for Educational Exchange between the United States, Belgium and Luxembourg. Frank’s parents wanted talented scholars from Western Europe to have the same educational opportunities in the United States as their son, and were keenly aware of the need to provide financial resources to make this possible.

HEAR FROM OUR GRANTEES

“Looking back, the experience at Harvard has been life-changing on diverse personal, academic, and professional levels. In that context, it would be difficult to overestimate the tremendous support provided by the Frank Boas Scholarship for Graduate Studies in realizing this objective. In a time where international mutual understanding and cooperation are highly relevant and important, the Frank Boas Scholarship enables students from a broad spectrum of disciplines to engage in an enriching experience at Harvard and to interact with a community of talented scholars from across the globe. I am truly grateful to form part of the Boas family and will work to also help future students obtain the opportunities essential to fulfilling their aspirations, opportunities which have been provided to me so generously by the Frank Boas program.”
Richard Steppe
BOAS RECIPIENT (2017-2018)
“My LLM-year at the Harvard Law School was a landmark in both my professional and personal life. Professionally, I profited enormously from the academic atmosphere on and around the law school campus. Never before or since have I been taught by such bright and passionate people and have I been able talk to so many legal scholars who were specializing in my field.”
Petra Foubert
BOAS RECIPIENT (1998-1999)
“The overriding benefit I drew from my two years at Harvard Business School have more to do with leadership training and general management perspectives and analysis than with specific technical courses, and it has been very beneficial to me in my professional as well as my personal life. I am deeply grateful for the opportunity given to me by this scholarship.”
Paul Heinerscheid
BOAS RECIPIENT (1976-1978)

Most frequent questions and answers

I am a Belgian/Luxembourgish citizen living abroad. Can I apply?

As a Belgian or Luxembourgish citizen, you may apply for a Fulbright grant if you are living in any country except the United States. If you are resident in the United States, a dual U.S.-Belgium or U.S.-Luxembourg citizen, or hold a Green Card at the time of application, you are ineligible to apply.

I am a Belgian/Luxembourgish citizen currently pursuing my studies in the United States. Am I eligible to apply for the Fulbright Program?

Candidates already in the United States at the time of application and those who have resided in the U.S. for five or more years in the six-year period preceding the date of application are ineligible to apply. Moreover, please note that preference will be given to those who have not had substantial recent experience in the U.S. with “substantial recent experience” being study, research or employment for a period of aggregating more than an academic year (9 months) during the past five years.

I intend to pursue a medical residency or clinical medical research or training in the U.S.? Can I apply?

The Fulbright Program will not fund applicants seeking to enroll in a medical degree program nor does it offer grants to those who wish to conduct clinical medical research or training involving patient care and/or contact. (both human and animal)

As a participant in the Fulbright Foreign Student Program, will I be subject to the two-year home requirement after my grant?

Yes. All Fulbright grantees must travel to the U.S. on a J-1 visa, which requires them to return to Belgium or their country of permanent legal residency for at least two years at some point after their grant before they are allowed to return to the U.S. to live or work permanently on an H, L, K or LPR visa. More information about the two-year rule can be found here.

Is there a separate application for the Harvard Boas Awards?

Who selects the recipients of the Harvard Boas Awards?

The selection of Harvard Boas Awards is made based on the feedback of the Fulbright Selections Committees, the Committee on General Scholarships at Harvard University, and Harvard Law School.

Where can I learn more about the Harvard Boas Awards?

Please visit the website of the Harvard Boas Scholars, a dedicated alumni website that provides additional information about the award, including an overview of past recipients.

Am I responsible for arranging my own affiliation/acceptance to my host institution?

Yes. Applying to a host institution in the United States is a separate, simultaneous process. Please note that if you have chosen a university as your host institution, its accreditation should be recognized by either the Council for Higher Education Accreditation (CHEA) or the U.S. Department of Education.

What is the difference between the Study or Research Objectives Essay and the Personal Statement Essay?

The Study or Research Objectives Essay should provide a clear and detailed description of your study or research objectives, and your reasons for wanting to pursue them. Be specific about your major field and your specialized interests within this field, but remember that your application will likely be read by a variety of people, including some who are not experts in your field. Describe the kind of program you expect to undertake, and explain how your study plan fits in with your previous training and your future objectives. The Personal Statement Essay is a narrative statement describing how you have achieved your current goals; it should include information about education, practical experience, special interests, and career plans. You can also use the Personal Statement to describe any significant factors that have influenced your educational or professional development and explain your existing practical experience.

When do I need to provide proof of affiliation/acceptance to a U.S. university in my application?

Student researchers should upload invitation letters from their host institutions before the deadline of December 1 if possible. University acceptance letters may be submitted after this deadline (as late as May).

The online application has asked me to do something different to the application instructions on the website. What should I do?

The online application system is used by Fulbright Programs around the world and application procedures differ greatly from country to country. You must follow the guidelines presented by the Fulbright Commission in Brussels.

Does the Fulbright Commission in Brussels require me to contact them before beginning the application?

We do NOT require applicants to contact us before beginning the application. You can start your online application without contacting us beforehand.

Does the Fulbright Commission in Brussels require supplemental forms?

We do NOT require supplemental forms such as the letter of the home institution or official exam results (e.g., TOEFL). However, it is optional to include these test results in the appropriate application fields.

Can I mail physical documents to the Fulbright Commission?

No. The application is completed entirely online.

When will I hear from the Fulbright Commission if I have been selected for an interview?

Applicants who are selected for an interview will be contacted via email in mid-January. Interviews will take place during the last week of January or in the first week of February.

When will I hear from the Fulbright Commission if I have been selected for a Fulbright Award?

What happens if I am offered a Fulbright Award, but not a place at university?

© 1948-2020. Commission for Educational Exchange between the United States, Belgium, and Luxembourg.