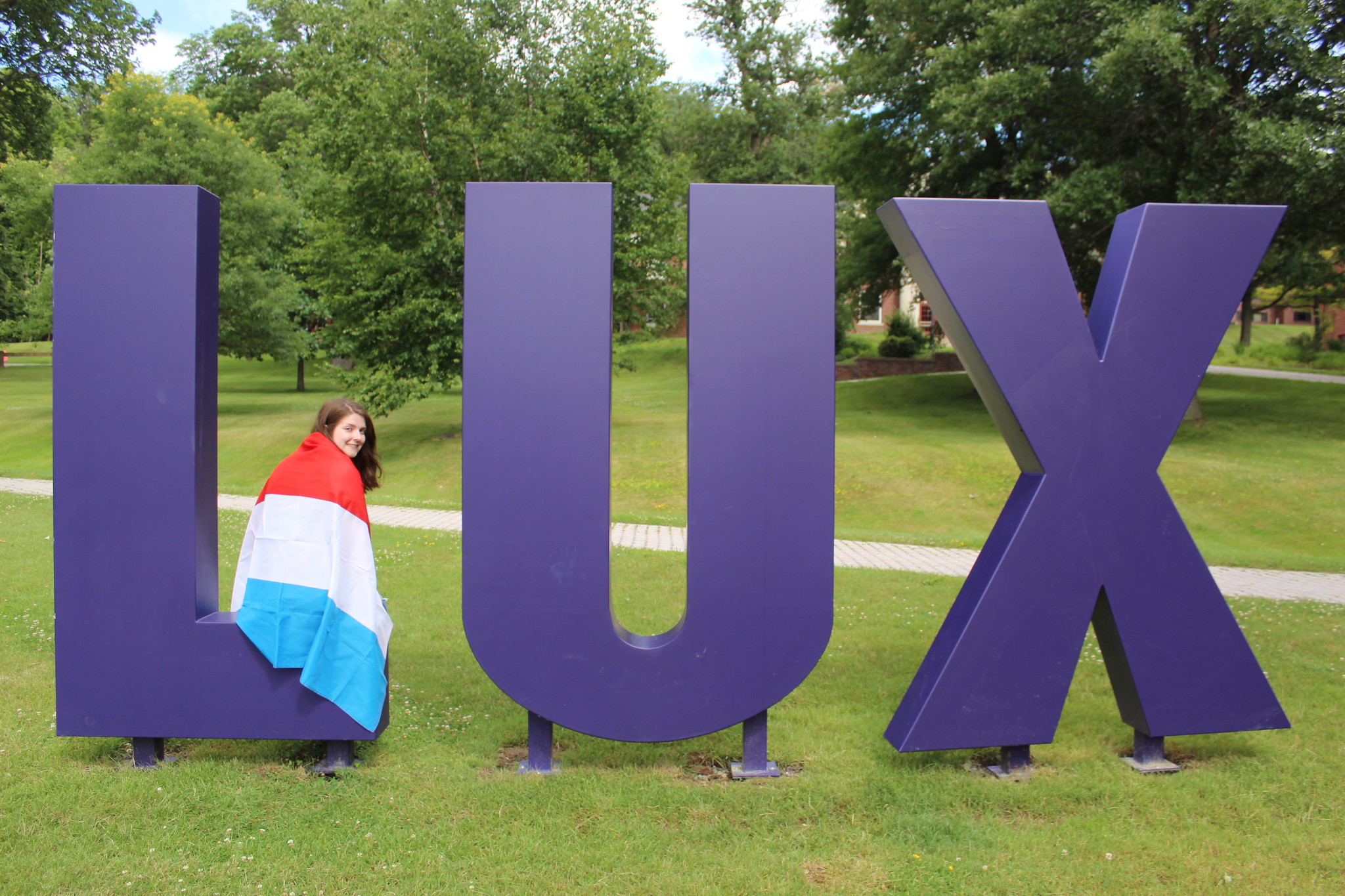 Jet-setting off to a new country for a year comes with a certain allure. No one there knows who you are, where you come from, or what you’re interested in. You can be the mysterious new foreigner, and can adapt your persona to easily fit the culture in which you find yourself. Sometimes, however, you move to Luxembourg…

Last August the moment was finally here; I was moving to New York City. A dream come true for a Broadway enthusiast like myself. I learned very quickly that the U.S. was full of wonderful opportunities for professional growth and fun events, you just have to share your enthusiasm with other people and ask them directly for help.

A University that Doesn’t Show its Age

The University of Luxembourg is fascinating. It is the country’s only public university but it was only founded in 2004! Although the University is quite young, it feels very established. It has numerous undergraduate, masters, and PhD students, and it hosts many seminars and conferences. I was also impressed by the Law School’s roster of adjunct and guest speakers. The University is also multilingual, offering numerous courses in French, German, and English. Some programs are entirely in English, while many require two languages.

A Journey to Remember

An Awakening of the American Sleeping Inside

Posted on August 14, 2018in Americans in Luxembourg, Fulbright, Luxembourg

Posted on August 7, 2018in 2018, Americans in Luxembourg, Fulbright, Luxembourg

Day in the Life of a Fulbrighter to Luxembourg

A Luxembourger can be Made

After 18 months of virtual events and online info sessions, it feels good to put on our masks and return to in-person outreach for @FulbrightPrgrm!

Want to learn more? Stop by our table or visit http://fulbright.be.

The deadline to apply for the 2022-2023 #Fulbright U.S. Student Program competition is only a few days away! Have you submitted your application yet? Celebrate with us this weekend through the deadline on Tuesday by sharing your #FulbrightHitSubmit photos!