"The rapprochement of peoples is only possible when differences of culture and outlook are respected and appreciated rather than feared or condemned, when the common bond of human dignity is recognized as the essential bond for a peaceful world."

History of the Fulbright Program

The Fulbright Program is the flagship international educational exchange program sponsored by the U.S. government and is designed to increase mutual understanding between the people of the United States and the people of other countries. While the Fulbright Commission in Brussels administers the Fulbright Program for citizens of Belgium and Luxembourg as well as participants in the Fulbright Schuman Program, the program operates in over 160 countries worldwide and awards approximately 8,000 grants annually. Roughly 1,900 U.S. students, 4,000 foreign students, 1,200 U.S. scholars, and 900 visiting scholars receive awards, in addition to several hundred teachers and professionals. More than 380,000 “Fulbrighters” from over 160 countries have participated in the program since its inception in 1946.

In September 1945, the freshman senator from Arkansas, J. William Fulbright, introduced a bill in the U.S. Congress that called for the use of proceeds from the sales of surplus war property to fund the “promotion of international good will through the exchange of students in the fields of education, culture and science.” One year later, President Harry S. Truman signed the Fulbright Act into law.

Today, Fulbright is the most widely recognized and prestigious international exchange program in the world, supported for more than half a century by the American people through an annual appropriation from the U.S. Congress and by the people of partner nations. The program—working with universities, schools, binational Fulbright commissions, government agencies, nongovernmental organizations and the private sector—actively seeks out individuals of achievement and potential who represent the full diversity of their respective societies and selects nominees through open, merit-based competitions.

J. William Fulbright was a prominent and gifted American statesman of the 20th century. His unequaled contribution to international affairs and his tenure as the longest serving chairman of the Senate Foreign Relations Committee distinguished his political career of over thirty years in the United States Congress. He had a profound influence on America’s foreign policy, and his vision for mutual understanding shaped the extraordinary exchange program bearing his name. Continue reading to learn more about Senator Fulbright’s life and career (text courtesy of the U.S. Department of State). Unless stated otherwise, all quotations cited below are from Senator Fulbright.

J. William Fulbright was born on April 9, 1905 in Sumner, Missouri. He was educated at the University of Arkansas where he earned a B.A. degree in political science in 1925. He then attended Oxford University where he received an M.A. degree and was transformed by his international experience. When Fulbright returned to the United States, he studied law at The George Washington University in Washington, DC. During the 1930s, he served in the Justice Department and was an instructor at The George Washington University Law School. In 1936, he returned to Arkansas where he was a lecturer in law and, from 1939 to 1941, president of the University of Arkansas, at the time the youngest university president in the country.

He ran for political office in 1942 and was elected to the U.S. House of Representatives; he entered Congress in January 1943 and was appointed to the Foreign Affairs Committee. In September of that year, the House adopted the Fulbright Resolution supporting an international peace-keeping mechanism encouraging United States participation in what became the United Nations. His leadership on this issue brought national attention to Congressman Fulbright. In November 1944, he was elected to the U.S. Senate and served there from 1945 through 1974, becoming one of the most influential and best-known members of the Senate. In 1949, Senator Fulbright became a member of the Senate Foreign Relations Committee. From 1959 to 1974 he served as chairman of the committee.

His Senate career was marked by notable instances of principled dissent. In 1954, he was the only Senator to vote against an appropriation for the Permanent Subcommittee on Investigations, which was chaired by Senator Joseph R. McCarthy; and, in 1961, he lodged serious objections to President Kennedy in advance of the Bay of Pigs invasion. However, Senator Fulbright also worked to build national consensus, for instance, he supported creating a national center for the arts, and his initial legislation led to the founding of the Kennedy Center for the Performing Arts. He was particularly in the spotlight as a powerful voice in the turbulent Vietnam War era, when he chaired the Senate hearings on U.S. policy and the conduct of the war. In 1963 Walter Lippman wrote of Fulbright: “The role he plays in Washington is an indispensable role. There is no one else who is so powerful and also so wise, and if there were any question of removing him from public life, it would be a national calamity.” After serving five consecutive terms in the U.S. Senate, Senator Fulbright was defeated in Arkansas’ 1974 Democratic primary. He then served as counsel to the Washington law firm of Hogan & Hartson and remained active in support of the Fulbright Program. He received numerous awards from governments, universities, and educational organizations around the world for his efforts on behalf of education and international understanding. In 1993, he was presented the Presidential Medal of Freedom by President Clinton.

Senator Fulbright was married to Elizabeth Williams Fulbright for more than fifty years, from 1932 until her death in 1985. They had two daughters, Roberta Fulbright Foote and Elizabeth Fulbright Winnacker. Senator Fulbright married Harriet Mayor in 1990. On February 9, 1995, Senator J. William Fulbright died in Washington, DC at the age of 89.

Since 1946, the Fulbright Program has continued to be agile and innovative in its approaches to fostering mutual understanding and people-to-people connections. In the 21st century, Fulbrighters address critical priorities in all world areas while building relationships, knowledge, and leadership in support of the long-term interests of the United States and the world. The program has prepared participants to address the major global challenges of our time, from energy sustainability and economic development to public health and food security. The Fulbright Program also has a significant and lasting local impact. Upon returning to their home countries, institutions, or classrooms, Fulbrighters share their stories and experiences and often engage in follow-on projects or continue the work they started abroad. This engagement creates a multiplier effect that leads to lifelong collaborations between communities.

The Fulbright Program awards more than 3,000 competitive, merit-based grants annually to students, scholars, teachers, artists, scientists, and professionals from across the United States. Fulbrighters hail from hundreds of U.S. institutions of all types and sizes; they study, teach and research in almost 100 different academic and professional fields; and they exchange ideas and contribute to finding solutions to shared international concerns in more than 140 countries. Each Fulbrighter’s experience is unique and depends on a variety of factors, including project details, location, and language abilities. Despite the variety of experiences, Fulbrighters all describe their experiences as life changing and having a profound influence on their professional and personal endeavors.

Educational exchange can turn nations into people, contributing as no other form of communication can to the humanizing of international relations. 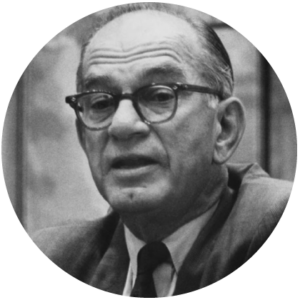 The primary source of funding for the Fulbright Program is an annual appropriation by the U.S. Congress to the U.S. Department of State’s Bureau of Educational and Cultural Affairs (ECA). Participating governments and host institutions, corporations and foundations in foreign countries and in the United States also provide direct and indirect support.

ECA administers the Program under policy guidelines established by the J. William Fulbright Foreign Scholarship Board (FSB) with the assistance of binational commissions and foundations in 49 countries, U.S. embassies in more than 100 other countries and cooperating agencies in the United States. ECA is responsible for the U.S. government’s overseas educational, cultural and informational programs. The FSB, composed of 12 educational and public leaders appointed by the President of the United States, formulates policies for the administration of the Program, establishes criteria for the selection of candidates and selects candidates nominated for awards. Binational commissions and foundations develop priorities for the program, including the numbers and categories of grants. In a country without a commission or foundation, the Public Affairs Section of the U.S. Embassy develops and supervises the Fulbright Program. Currently, 49 commissions are active, most of which are funded jointly by the United States and the respective government. Each commission or foundation has a board, composed of Americans and citizens of the participating nation. Fulbright programs are administered with the assistance of cooperating agencies.

The Fulbright Program’s stature and success is based on its sustained commitment to international bilateral partnership and joint priority-setting between the United States and over 160 countries. The binational approach grew out of the original Fulbright Act, which authorized the U.S. Secretary of State to enter into executive agreements with foreign governments to manage the funds derived from the sale of surplus war property through foundations. While the Fulbright Act did not require the organization of these foundations along binational lines, the first program administrators agreed that the mutual interests of the United States and other countries would best served through joint cooperation in program planning, decision-making and management. As a result, the new program was almost immediately accepted and recognized abroad – a recognition it has never lost. The foundations are known today as Fulbright Commissions. Currently, there are 49 commissions worldwide, most of which are funded jointly by the U.S. and partner governments. These commissions plan and implement educational exchanges, recruit and nominate candidates for fellowships; designate qualified local educational institutions to host Fulbrighters; fundraise; engage alumni; support incoming U.S. Fulbrighters; and, in many countries, operate an information service for the public on study in the United States. Where Fulbright commissions do not exist, the program is administered by U.S. embassies in cooperation with host country governments.

Today, the Fulbright Commission in Brussels is located at KBR (the Royal Library of Belgium). The Commission administers several Fulbright Scholarship Programs for citizens of Belgium and Luxembourg. Grants are available for graduate study, (pre)doctoral research and post-doctoral research or university lecturing in the United States. Special programs for language teaching assistants (Dutch, French and German) and secondary school teachers of English also exist. In addition, since 1990, the Fulbright Commission has also administered the Fulbright Schuman Program in European Union affairs. The program is co-financed by the Directorate-General for Education and Culture of the European Commission and the U.S. State Department. Through this program, American professors and advanced graduate students may travel to EU Member States for study or research on topics relating to EU affairs or US-EU relations. At the same time, academics, professionals and policy makers from the EU may pursue similar courses of study, research or lecturing at American colleges and universities.

In addition, the Commission’s EducationUSA Advising Center is open to individuals of all nationalities who are living or working in the European community. The Center provides accurate, unbiased information about the full range of accredited U.S. higher education institutions. Advice is available for students seeking admission to undergraduate and graduate level studies, professional programs and intensive English courses.