Exploring the Fulbright Experience in Berlin

Enjoying events hosted at the Berlin City Hall[/caption] Outside of the seminar, I was able to take some time to explore Berlin and I was struck by how a city of approximately 3.5 million people could feel so laid back. Berlin is fun and quirky with a culture of street art and hipster spots; however, I experienced a sort of cognitive dissonance seeing this vibrant culture exist alongside evidence of Berlin’s fraught history. [caption id="attachment_9673" align="alignnone" width="640"]

Street art and a mask shop in the Oranienstrasse area[/caption] I tend to think of history as something long ago, but I had to keep reminding myself that Berlin was divided into East and West Berlin during my parents’ lifetime, and the Holocaust took place during my great-grandparents’ time. These events are not as distant as they seem to me, and so it’s truly amazing how far Berlin has come in such a short period of time; yet it was also upsetting to see that people are so removed from the past that they are able to take happy selfies in front of the Berlin Wall or have picnics on the stones of the Memorial to the Murdered Jews of Europe. There was so much that I loved about Berlin, but also so much of the city that left me feeling ambivalent. However, I do think that the temporal closeness of political oppression and violence may be why Berlin feels so open and accepting now (certainly the way Berlin was described by Berliners made it seem as though the city was generally more progressive in its attitude toward migrants and other marginalized populations); perhaps people in Berlin make more of a conscious decision to be compassionate and accepting of others as a result of these historical reminders. [caption id="" align="alignnone" width="500"] 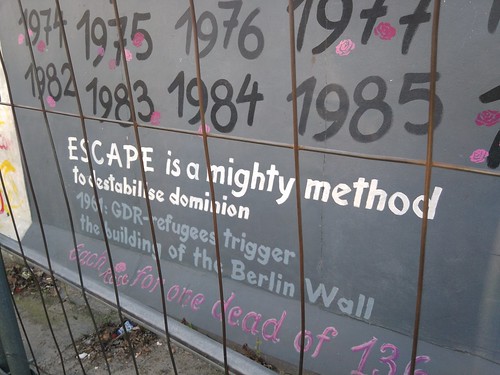 A section of the Berlin Wall[/caption] Despite those little moments of uncertainty, I am grateful to Fulbright for sending me to such an amazing city and I hope to visit Berlin again soon! I was happy to even stumble upon a bit of Luxembourg while in Berlin. 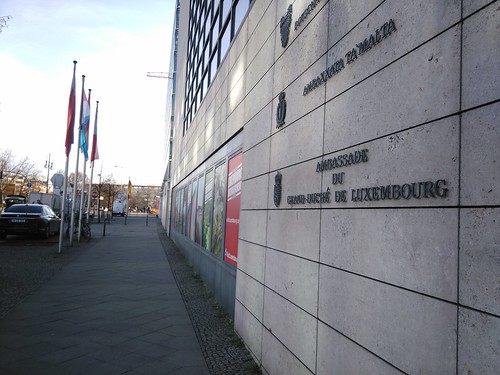