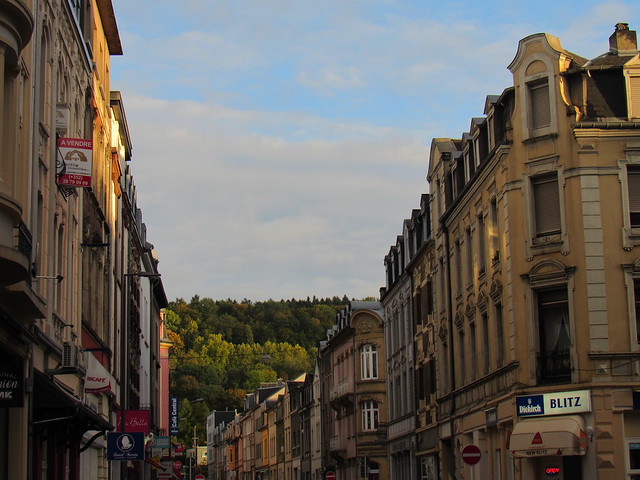 At the Lycée, however, most of my lessons have focused on political, social, and international dilemmas – the most popular revolving around Internet memes and their influence on American culture. As a class, we broke down the most influential memes, tweets, and hashtags that came out of the 2016 Presidential election, and underlined the importance of technological literacy in our day and age. This lesson was such a rich, timely, and hilariously absurd way to connect with the students – and stands as a testament to the trust and good humor of Liane and Marianne (two of my Lycée mentors). Outside of class, I’ve been able to explore many other interests of mine. I studied German for a semester, worked as a volunteer tutor for refugee students, travelled so much that I honestly feel like a Ryanair sponsor, and welcomed tons of family and friends who made the journey out to Luxembourg to see me. My parents in Hawai’i bought their tickets the day I received my acceptance e-mail, coming to Europe for their first time last October. In a twist that I am still not emotionally recovered from, my sister and her now-fiancé came to visit me in late March, and they actually ended up getting engaged in Luxembourg Ville at Le Bouquet Garni. My boyfriend is also visiting me now, currently drinking his third coffee of the day before noon and recovering from his 30-hour voyage. Clearly, Fulbright hasn’t just put Luxembourg on the map for me, but also for a huge, supportive, and adventurous circle of my loved ones. I’ve also met so many kind friends here, both in the Luxembourg Fulbright Family™ and outside it – and for all of these reasons, I know it is going to be a very difficult and bittersweet Addï. Jessica Busek is a 2017-2018 American Fulbright English Teaching Assistant to Luxembourg. A recent graduate of University of Portland, she spent the academic year teaching English at the Lycee de Garcons Esch-sur-Alzette and the University of Luxembourg. Articles are written by Fulbright grantees and do not reflect the opinions of the Fulbright Commission, the grantees’ host institutions, or the U.S. Department of State.]]>