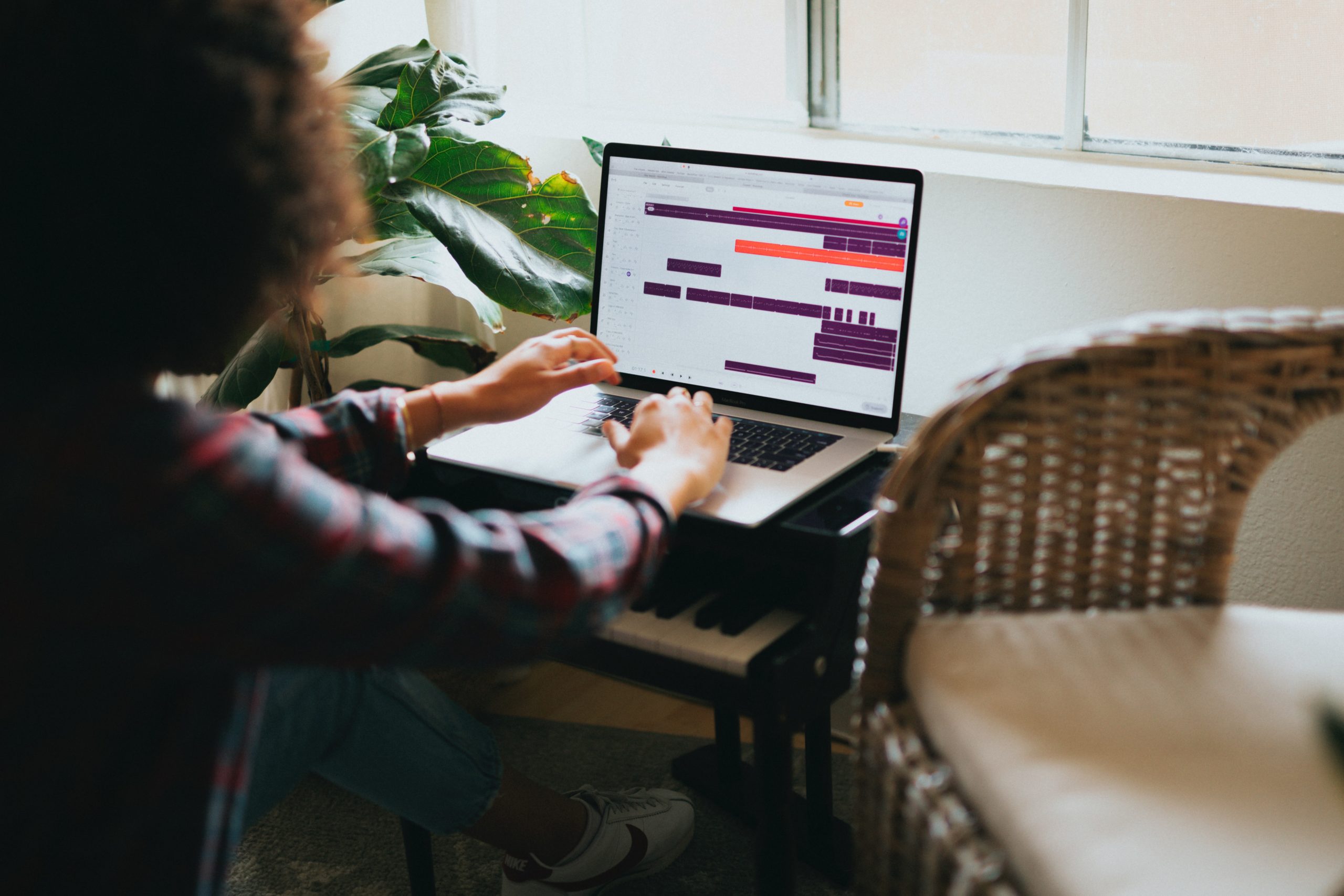 People-to-People Exchange in a Pandemic

THE IMPACT OF COVID-19 ON THE FULBRIGHT PROGRAM

As the situation progressed, the U.S. Department of State made the difficult decision to terminate the 2019-20 U.S. Fulbright Program, sending American grantees in Belgium, Luxembourg, and the European Union back to the USA, and later decided to delay the start of the 2020-21 Fulbright Program. With a few exceptions, the 2020-21 U.S. and Foreign Fulbright Programs have been delayed until January 2021. Only a handful of Fulbright grantees will be starting their grants in the autumn (ECA made an exception for degree-seeking students starting in-person programs and for returning ETAs).

This has been a big change for program officers Sonny Willems, who manages the Foreign Student and Visiting Scholar Programs, and Marie-Aimée Ntawukulityayo, who is responsible for the U.S. Student and Scholar Programs. Both would normally have spent their summers organizing pre-departure information sessions for Fulbrighters, arranging visa documentation for US-bound grantees, and answering questions from grantees preparing to depart.

Now, Ntawukulityayo says: “The summer has mainly consisted of accompanying the 2019-2020 cohort as they come to terms with having to go back home earlier than expected and helping them navigate the Belgian administration system when it comes to taxes and deregistering from their townships.”

Still, there’s plenty of work to be done. “The summer months are usually a perfect time to work on small projects or streamline existing processes when it comes to program and alumni management. In that regard, there isn’t much difference since those tasks still need to be done,” says Willems. “However, the fact that we have almost no students or scholars departing to the USA for fall feels strange and uncomfortable.”

Since March, the Fulbright Commission staff have worked remotely, following the guidance from the Belgian government to prioritize telework. The team stays in touch via email, WhatsApp group chats, and weekly meetings over Google Meet. Everything — from the office’s internship program to the quarterly board meeting — has gone virtual.

“Working at home during a pandemic has been more positive than expected,” says Ntawukulityayo. Despite the screen fatigue that can come along with frequent video calls, “it has allowed me to be more focused and allowed more time for fitness and better eating as I usually commute two hours per day [to Brussels].”

Similarly, Willems appreciates that working from home allows him to limit distractions and focus on more intensive projects, but admitted that it can “skew boundaries between personal and work hours.”

For Executive Director Erica Lutes, the situation has been a little more complicated. Lutes was visiting family in California when the pandemic shut down international flights between the U.S. and Europe; because of changing travel restrictions, she has remained in the USA with her family for the past several months. Now on the East Coast, she has to deal with a six-hour time difference and the occasional 3:00 a.m. conference call. However, the time difference has had positive side effects: in mid-March, as the Fulbright Commission was fielding around-the-clock calls from grantees, the team was able to work in shifts and provide 24/7 support.

Reflecting on the move to remote work, Lutes praises her team’s ability to communicate openly. Thanks to prior team building exercises and group coaching sessions, she explains, “our office was in a great position to begin dealing with this crisis virtually. That’s not to say that it’s perfect or flawless or that it’s not difficult at times, but I think that we really were in a place where we could tackle this challenge as a team.”

FOSTERING CONNECTION IN THE VIRTUAL WORLD

The shift has also provided an opportunity for the Fulbright Commission staff to take on new projects. When in-person events were cancelled in March and April, the Fulbright Commission adapted, organizing virtual Eat & Meet sessions with Ambassador Ronald Gidwitz, among others. Other virtual events have included a discussion with former U.S. Ambassador to the EU Anthony Gardner, a “Relax & Release” relaxation training with an FLTA-turned-yoga-teacher, and — most recently — a book club focusing on questions of diversity, inclusion and representation.

Lutes highlights the success of these initiatives and in particular, partnerships with other Fulbright Commissions in Europe and around the world. Going virtual provided “an opportunity for all of us to collaborate. Whether it’s colleagues in Portugal or in Peru, tapping into these new networks and getting to hear new perspectives has been such a treat.”

According to Lutes, these initiatives were only possible because of the groundwork laid by the commission over the past years: experiences like hosting the inaugural Fulbright Noir seminar in May 2019 and facilitating grantee-led “diversity roundtables” with U.S. Fulbrighters in Belgium and Luxembourg. She explains: “We were really in a great place to be able to discuss these challenging topics online because it’s something that we were already talking about a year ago, in person, and because we were already having serious conversations with our grantees throughout the year. We suddenly had the space, time, and capacity to dive deeper into the issues that we really wanted to explore.”

As the Fulbright Commission prepares for the autumn, it is not yet clear what the semester will entail. “It will look very different,” says Ntawukulityayo, who will be welcoming only five of the more than forty American Fulbrighters selected for the Fulbright Belgium, Luxembourg, and Schuman Programs. (The rest will arrive in January 2021.) “Hopefully we will be able to welcome some grantees in the fall, if the situation allows [but] we won’t have an orientation or grantee activities, and will have to adjust to mostly online interaction.”

Willems, who handles inquiries from prospective applicants to the Foreign Student and Visiting Scholar Programs, hopes that the impact of the pandemic on international mobility will be short-lived. “I don’t think students will necessarily be less motivated to go abroad [but] I do expect more concerns from potential applicants,” he says. “It will be important to remind students that this is still a temporary situation and highlight the positive impact of pursuing an exchange in the USA.”

What exactly the 2020-21 academic year holds for the Fulbright Belgium, Luxembourg, and Schuman Program is still uncertain. What is clear, however, is that the Brussels Fulbright Commission — once an infamous holdout in the transition away from paper application forms! — is now firmly in the twenty-first century.

While the program will continue to place an emphasis on the value of in-person culture exchange, the forced transition to digital communication has accelerated its evolution, something Lutes describes as “really refreshing”. She hopes that an increased focus on virtual events and digital communication will allow the Fulbright Commission in Brussels to reach more diverse communities and to stay connected with its grantees and alumni around the world. After all, they’re just one Zoom call away…

By Elisabeth Bloxam, Director of Programs

It’s beginning to look a lot like Christmas! Our Fulbright grantees and alumni enjoyed a visit to the Winterlights Festival in Luxembourg City today. 🎄

Happy Thanksgiving! Our #Fulbright grantees in Belgium and Luxembourg celebrated earlier this week at dinners generously hosted by our colleagues at @USEmbBrussels and @USEmbLuxembourg.

#DYK that all the people in this photo studied in the USA? (And two are @FulbrightPrgrm alumni!) 🇧🇪🇺🇸